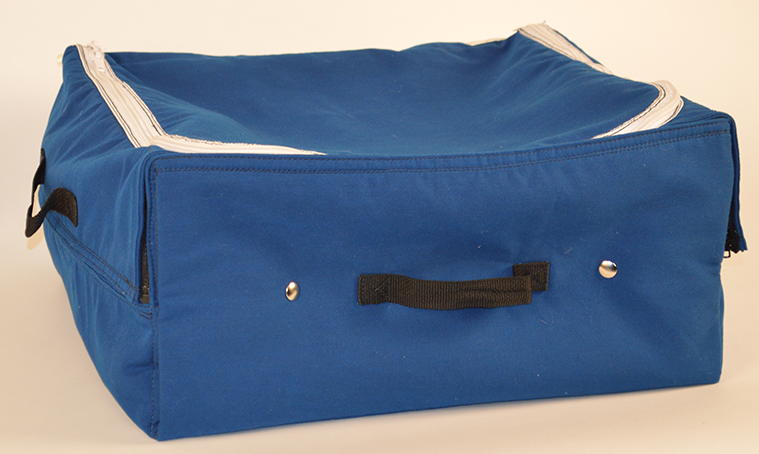 Clothing accounts for a significant portion of the logistical mass launched on current space missions: 277 kg (including 62 kg of exercise clothing) for an ISS crew of four each year.  Without space laundry, clothing becomes trash when it is too smelly to wear.  An innovative stowage solution to increase the useful life of crew clothing is proposed with the development of an odor absorbing bag. The bag will be engineered to contain wet and dry clothes that become refreshed while being stowed, and are ready for reuse more times than if just dried in the air of the International Space station. The increased usage period of crew clothing will be calculated to estimate the reduction of the logistical mass of clothing launched for each mission. Stowing wet clothes in this new bag will eliminate the mildew issue due to wet clothes. The intended product deliverable of this ICA activity is a prototype of the crew clothing odor absorbing stowage bag for ISS and the Evolvoble Mars Campaigm. A final report documenting the results of the testing of the bag prototype. We propose to investigate this idea by procuring advanced functional textiles, such as the charcoal cloth, anti-bacterial coating, and designing an odor absorbing clothing stowage bag, fabricating the bag in our EC Softgoods Laboratory, and testing and evaluting the effectiveness of the stowage bag by conducting controlled smell test and drying performance test. We propose to further develop this idea by refining the design under the Advanced Clothing System Project and the AES Logisctics Reduction Project.. If successful, the ACS Project would propose it as a Class 1-E flight experiment to the ISS Program Office.