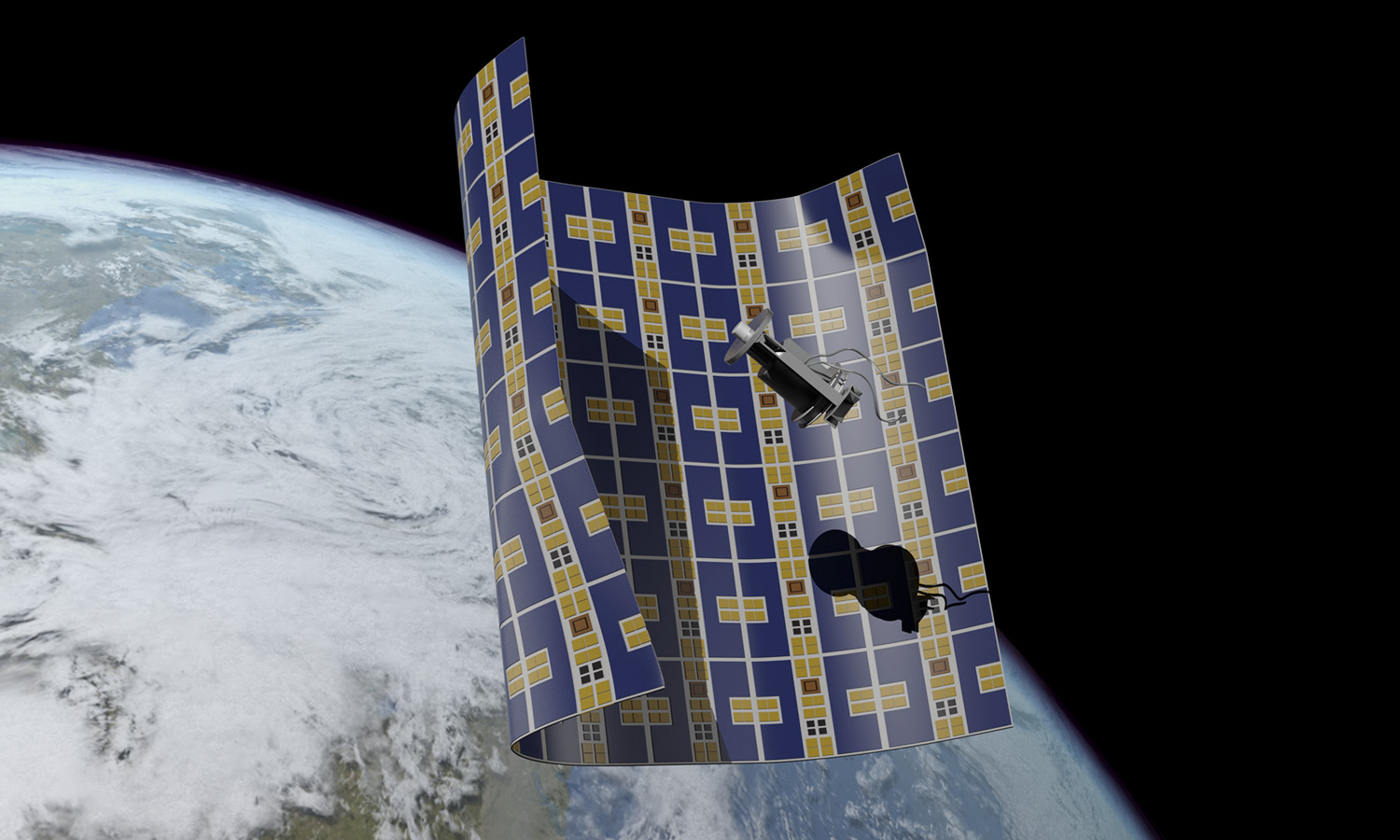 A 'brane' is a dynamical object that can propagate through spacetime. Flattening a spacecraft into a membrane, or 2-brane, can produce a low mass vehicle with ultra-high power-to-weight ratio (7.7 kW/kg using thin film solar cells). If most of this power is used by an array of thinned, distributed electrospray thrusters with a specific impulse of 4000 s, a Brane Craft could start in low Earth orbit, land on Phobos, and return to low Earth orbit. Other possible targets include any near-Earth asteroid and most main belt asteroids. Propellant is stored as a liquid within a 10-micron wide gap between two Kapton sheets that form the main structure of the Brane Craft. This project will study how to design an ultra-light dynamic membrane spacecraft, with 3-axis attitude determination and control plus navigation, that can significantly change both its shape and orbit. Conventional sensors like star trackers will have to be replaced by 2-dimensional alternatives. Estimated mass is about 35 grams for a 1 square meter Brane Craft. The target application is removal of orbital debris in low Earth orbit (LEO) through rendezvous, contact, conformal wrapping, and application of thrust. Sending conventional spacecraft, even 1-to-5 kg CubeSats, to each of the thousands of 10-cm or larger debris objects for active deorbiting becomes prohibitively expensive. With current CubeSat launch costs of ~$250,000 for a 3U CubeSat with ~kilometer/s delta-V propulsion and 3-axis attitude control, the U.S. would spend close to billion dollars in launch costs alone to remove 4 thousand debris objects. Brane Craft could significantly reduce that cost and enable removal of more objects.

The target application is removal of orbital debris in low Earth orbit (LEO) through rendezvous, contact, conformal wrapping, and application of thrust. Sending conventional spacecraft, even 1-to-5 kg CubeSats, to each of the thousands of 10-cm or larger debris objects for active deorbiting becomes prohibitively expensive. With current CubeSat launch costs of ~$250,000 for a 3U CubeSat with ~kilometer/s delta-V propulsion and 3-axis attitude control, the U.S. would spend close to billion dollars in launch costs alone to remove 4 thousand debris objects. Brane Craft could significantly reduce that cost and enable removal of more objects.

July 2016: Project Start
June 2017: Closed out More » Less «
Closeout Summary: A Brane Craft is a membrane spacecraft with solar cells, command and control electronics, communications systems, antennas, propulsion systems, attitude and proximity sensors, and shape control actuators as thin film structures manufactured on ~10 micron thick plastic sheets. This revolutionary spacecraft design can have a thickness of tens of microns with a surface area of square meters to maximize area-to-mass ratios for exceptionally low-mass spacecraft. Communications satellites, solar power satellites, solar electric propulsion stages, and solar sails can benefit from Brane Craft design. It also enables new missions that require low-mass spacecraft with exceptionally high delta-V. Active removal of orbital debris from Earth orbit is the target application for this study. I first studied where debris objects are located in low Earth orbit (LEO) by altitude and orbit inclination. Next, I calculated maximum debris orbit masses that could be removed from LEO orbits using an 81-gram mass, 1 meter square, Brane Craft with a delta-V capability of 16 km/s. A Brane Craft would start in an International Space Station (ISS) orbit, boost up to a debris object, wrap around the debris object, and thrust in the anti-flight direction to quickly bring the object and Brane Craft down to a 250-km altitude disposal orbit. Maximum debris object mass was 9 kg at a 500 km altitude with a 5o or less change in orbit inclination. This dropped to 0.9 kg at 2000 km altitude with a 50o change in orbit inclination. I calculated deorbit mission timelines and ran orbit simulations to verify those timelines. Two to three weeks is needed to retrieve a maximum-mass debris object anywhere in LEO, once the Right Ascension of the Ascending Nodes (RAANs) of the initial and target object orbits line up. I modeled the trapped radiation and micrometeroid/small particle environment, and calculated radiation dose rates and number of particle penetrations per year. Worst-case radiation dose rate in LEO was 100 megarads/year at 2000-km at 0o inclination. Most debris objects are at inclinations in excess of 60o where the maximum dose rate is only 40 megarads/year. The particle flux and penetration results were surprising; the propellant storage structure in a Brane Craft could be penetrated up to 42 times over a one-month-long mission. Design changes in propellant storage are needed to prevent shorting of the electrically-conductive propellant to ground through a wall penetration. An initial concern was that thin-film solar cells and electronics could not provide a radiation tolerance of up to 10 megarads total integrated dose (TID). Thin film Copper Indium Gallium Selenide (CIGS) solar cells and thin film carbon nanotube and ZnO transistors have the required TID radiation tolerance. The transistors are also fast enough to enable an 8 million instruction-per-second microprocessor using a 10-micron fabrication process. Concerns over small-particle penetration rates dropped the minimum feature size to 5 microns to reduce the impact probability of the 8 MIPS processor to below 10% per month. The solar cell strings are impact-tolerant. Brane Craft rely on attitude control and control of surface curvature to thrust in any direction while maximizing solar input power. Concepts for spacecraft configurations, attitude sensors, shape sensors, and shape actuators are presented. The next steps are to fabricate simple digital electronics, solar cell strings, sensors, and actuators using radiation-tolerant designs and materials. They should be functionally tested, and subjected to increasing levels of radiation exposure up to 10 megarads. In addition, the communications system requires development of thin-film frequency sources with quartz crystal stability.
Closeout Link: https://www.nasa.gov/feature/brane-craft