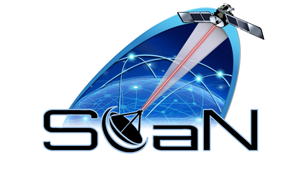 The Cognitive Communications Project is developing, implementing, and infusing cognitive communication technology into the Space Communication and Navigation capability of NASA. The goal is to increase efficiency and resiliency across the entire network stack, from point-to-point links, to routing between multiple nodes, to integrated scheduling of space and ground relay services. A cognitive system can mitigate obstacles, respond to and learn from its environment, and achieve beneficial goals towards the completion of its primary mission. A cognitive engine (CE) is a decision-making algorithm that enables part of a cognitive system, and there can be multiple CEs interacting in a cognitive system.

Broadly speaking, a CE can be implemented in many ways utilizing different decision-making methods, including those based on machine learning, as long as the methods align to the goals of the overall cognitive system. The complexity of a CE is driven by the number of objectives that must be optimized simultaneously and the availability and reliability of input knowledge.

CEs applied broadly across all levels of the protocol stack will determine link optimization, network routing, and system management. While each of these focus areas can mature independently, the end goal is to transition towards an overall cognitive system-of systems, optimized across all layers. The spacecraft itself and the communication provider networks must perform joint cross-layer, distributed decision-making that conforms to the mission objectives and network capabilities.

Examples of technology development within the prime focus areas include:

Currently, the Cognitive Communications project is building prototype cognitive communication systems for use in Earth orbiting spacecraft and lunar operations. Each prototype system is evaluated on a ground tested, allowing direct comparison of key performance indicators and an analysis of alternative technology approaches. Ground demonstrations will continue to advance the TRL of cognitive enabling technologies and result in a cohesive cognitive communication system that could be utilized in future technology demonstration missions.