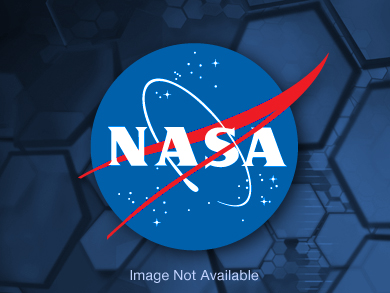 Science Goals and Objectives: A fundamental parameter of the Sun-Earth space environment is the magnetic field. The magnetic field of the Sun and Earth constrain the motion of the plasma and energetic particle environment, define different boundaries (shocks, discontinuities) and regions of the Sun-Earth system, and interact with the plasma environment through waves and magnetic reconnection to energize and interconnect the solar and terrestrial plasma environments. Small satellites, such as CubeSats, enable the development of future constellation missions that have scores of spacecraft. Recently “deep space” CubeSats have been proposed that could be used for a magnetosphere constellation mission to measure the structure of the Earth’s magnetotail to determine the spatial scale of phenomena such as bursty bulk flows, reconnection sites, the general convection patterns in the plasma sheet, and magnetic structures such as flux rope plasmoids. Such a constellation mission in combination with MHD models provide the first ever global time evolving vector field and streamline images of the magnetotail. In order to meet these science objectives low-cost, low-volume, low-mass and low-power vector magnetometers are needed on each spacecraft. These magnetometers will provide a snapshot of the global magnetotail magnetic field that can be used to identify magnetotail regions and energy state, provides crucial observations of signatures of dynamic processes such as magnetic reconnection, flux rope formation and evolution, magnetic flux convection, and the ULF wave environment. The magnetic field strength provides the information needed for calculations of the particle phase space density, plasma Beta, and Alfvén speed. Because of its importance for understanding essentially all of the outstanding questions in space physics and its importance for space weather predictions, essentially all future NASA Heliophysics missions require a vector magnetometer so this instrument development proposal would have broad impact. Methodology: To address the science requirements of future Heliophysics missions and to enable large scale-constellation missions, this proposal has a goal of reducing the cost (to $1000s of dollars), mass (order of 10 grams), volume (about 2 cm3) and power (< 100 mW) of traditional fluxgate magnetometers by an order of magnitude over those currently flown while having comparable precision, noise-level, linearity, and stability. The UM new digital induction magnetometer takes advantage of mobile phone magnetometer sensor development to reduce the mass, power consumption, and increase the radiation tolerance of the fluxgate magnetometer. The instrument does not use an A/D converter making it much more radiation tolerant than traditional fluxgate magnetometer designs. The commercial magneto-inductive magnetometer from PNI is modified and used with custom-built sensors to increase the sensitivity. In the new induction magnetometer, the magnetic field is measured by counting the time between flips of the magnetic induction of the circuit, which is dependent on the strength of the applied DC field [Leuzinger and Taylor, 2010]. One of the hidden costs of fluxgate magnetometers is the need for a boom. This drives up the complexity of the mission and adds significant mass due to cabling and the boom itself. By driving down the resource needs and cost of the magnetometer, a new approach can be incorporated in CubeSats that eliminates the need for a boom [e.g., Sheinker and Moldwin, 2015]. This approach places several magnetometers inside and on the bus to be able to identify spacecraft magnetic signals in the data so that the external field can be recovered with processing and careful magnetic cleanliness and characterization prior to launch.