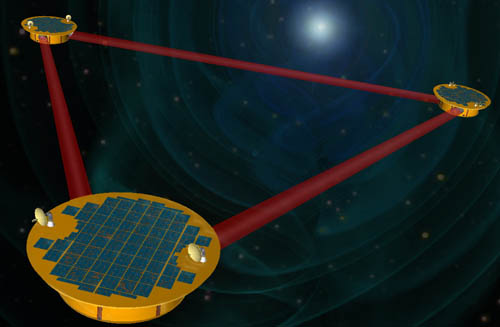 Gravitational waves represent the first new astronomical observing window on the Universe since the introduction of gamma ray telescopes in the 1970's. Many of the most exciting sources are expected in the band from 0.1 to 100 mHz, which is accessible only from space. The European Space Agency (ESA) has selected the "Gravitational Universe" as the science theme of the L3 Cosmic Visions opportunity, and NASA is planning to participate as a junior partner. This proposal requests support to supplement 3 specific strategic technology development tasks that would prepare NASA for participation as a junior partner beginning with the delivery of candidate technologies.

Task 1: Telescope development has as its objective to investigate a specific design feature, in-field guiding, that has recently been identified by the ESA Gravitational Observatory Advisory Team (GOAT) as the number one priority trade study to be evaluated against a back-link fiber for transporting a laser phase reference from one optical bench to another, and to help settle the question of which approach to take.

Task 3: The optical bench/Gravitational Reference Sensor (GRS)  interface development has the objective of restoring the third degree of freedom of motion of the model GRS and the noise studies. The optical bench is the core of the gravitational wave interferometry measurement system and interfaces with the telescope on one side, and the local GRS on the other.

The technologies developed in part by this project will enable NASA participation in a space-based gravitational wave mission based on the original LISA concept in partnership with the European Space Agency. We expect spectacular science to be the result.

In addition, any mission requiring high dimensional stability and/or precision displacement metrology, including the measurement and alignment of large, segmented telescopes will benefit from these technologies.

FInally, the laser subsystem and architecture may be applied directly to free-space optical communications, which allows very high bandwidth communications with a very compact package.