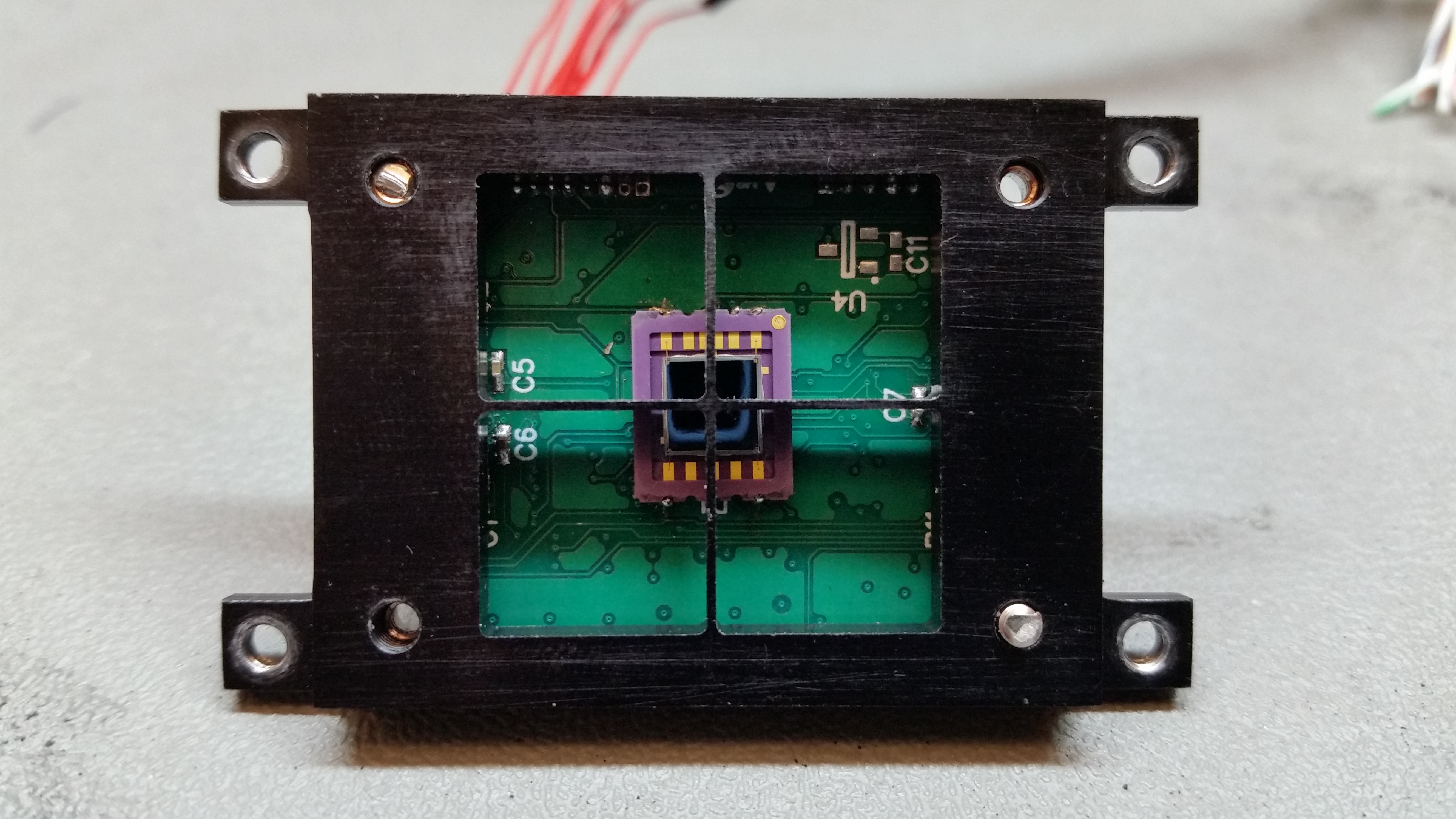 A second generation Wallops Fine Sun Sensor (WFSS) was developed as a 2016 IRAD project. The project for 2017 will be to assess the need for radiation hardening and complete thermal-vacuum and vibration testing of the 2016 design. In order to make full use of the improvements and expand the application potential, a set of housing designs will be established and proved that provide a range of accuracy/fields of view (FOV) for application to specific mission needs.

The goals of the 2016 effort were to improve the performance of the first generation WFSS by an order of magnitude, decrease the power draw by an order of magnitude, and to improve the processor to allow all data processing to be carried out on board. To meet those goals, the circuit was redesigned and new calibration techniques and support infrastructure were developed. The end result of the 2016 project was a prototype sensor that will be ready for environmental testing.

The 2017 effort will complete environmental testing on the FY16 prototype and develop a selection of housings to customize the sensor for different applications. Environmental testing will include performing thermal vacuum and vibration testing and evaluating the need for radiation testing and hardening. Thermal vacuum and vibration testing will take place using WFF assets. A radiation engineer will be brought on to evaluate the new design, and to identify ways to harden the design if necessary.

Environmental testing is expected to have a duration of 3-4 months. The design and testing of housing configurations will be performed during the remainder of the year. Increasing the height of the cruciform shade within the housing will theoretically increase the accuracy over a narrower field of view. Conversely, a wider FOV can be obtained at the cost of accuracy. Evaluating the accuracy of the WFSS as a function of FOV will enable the housings to be customized to a particular application and increase the versatility of the sensor.

Project deliverables will include a more robust design, an assessment of potential radiation issues and a plan for conducting radiation testing, and a quantified relationship between sensor FOV and accuracy that will allow for housing customization to match mission requirements.

Show
Earth, Others Inside the Solar System