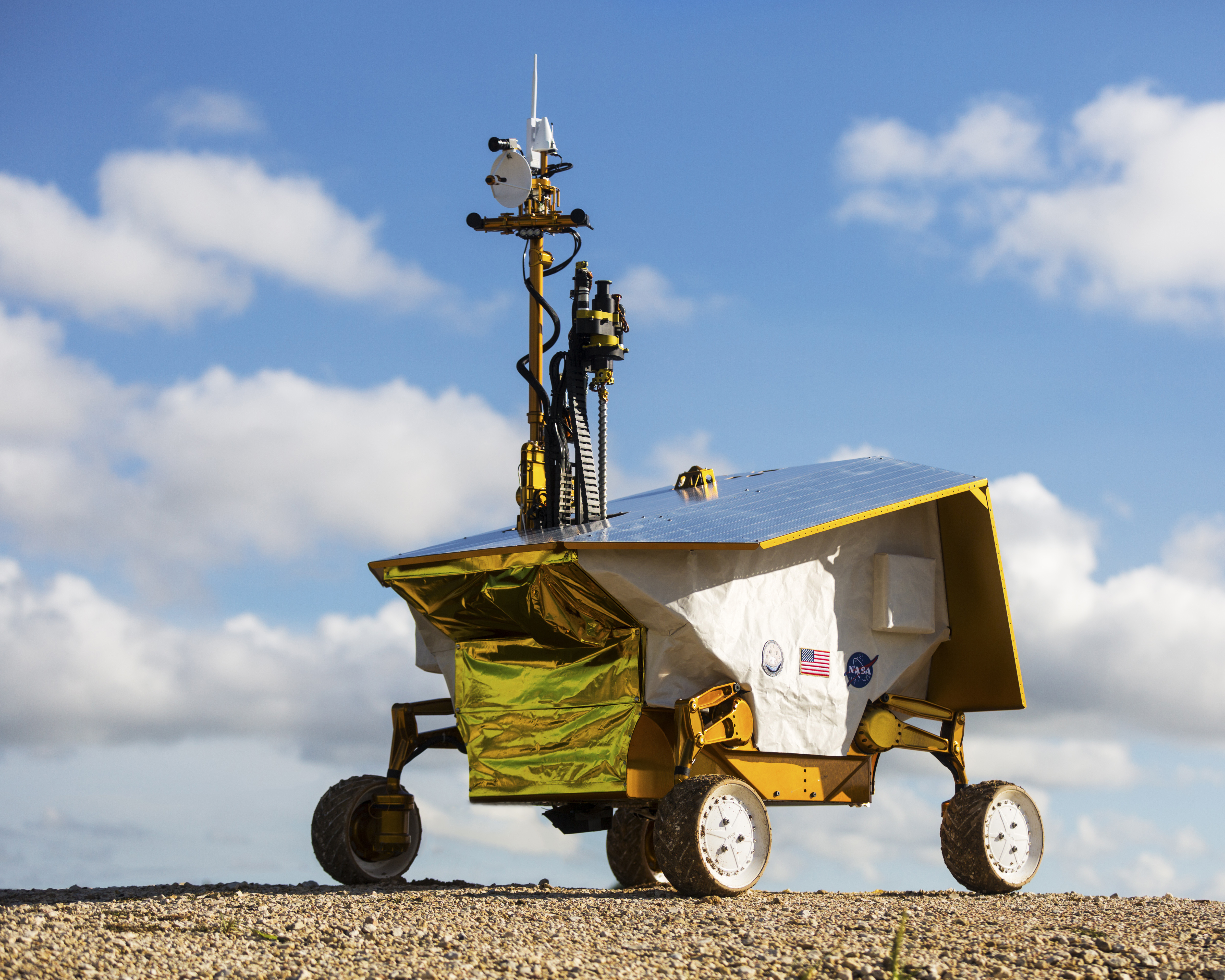 Planned for launch in 2022, RP was intended as a first effort to validate prospecting, extraction, and analysis of planetary surface resources for the express purpose of resource utilization.  RP would be able to find water (in the form of ice or hydrated minerals), extract it, process it and store it.  In addition to ISRU validation, RP would characterize the distribution of water and other volatiles at the lunar poles, enabling future innovative uses of local resources. The knowledge gained by RP would also be useful for exploring near-Earth asteroids and Mars, and could reduce the overall risks of human exploration. Through the RP demonstration, NASA may have been able to determine if lunar resources can be harvested to support future deep space missions. Resource Prospector was designed to prospect the lunar surface, create maps of the nature and distribution of volatiles, and then demonstrate processing while on the lunar surface.

Resource Prospector consisted of a lunar lander, lunar rover, and five key ISRU elements: two prospecting instruments for locating potentially viable materials, a sample acquisition system (drill & sample transfer system), an oven for heating samples, and a volatile analysis system for determining the volatile composition within samples.  After landing, RP will rove across and map the lunar surface using neutron and near-IR (NIR) spectrometers to look for hydrogen-rich materials. The rover was designed to be capable of entering permanently-shadowed areas, which contain the highest concentrations of volatiles, and use the drill subsystem to bring material from a one-meter depth to examine with the near-IR spectrometer. After high-fidelity volatiles are found, the RP drill subsystem would capture samples, transfer them to the OVEN subsystem, and then heat them to 150°C to enable characterization of the essential elements.

In order to prospect for volatiles, RP was designed to be able to travel over the lunar surface. In RP's concept of operations, as surface operations began, continuous observations from the neutron spectrometer would provide bulk hydrogen understanding down to 1m depth while the NIR spectrometer provided surface hydration and minerology. Finally, the rover would move into permanently shadowed regions (PSRs) - where the greatest volatiles concentrations are located – and the RP payload subsystems would capture volatiles from the lunar regolith to process and characterize the essential elements.

Depending on landing site, RP's operations were planned to last a minimum of seven days but could be extended to four weeks or more with continued advancements in site selection and traverse planning. At the time of project cancellation, Resource Prospector was in Phase-A development, and was focused on maturing flight planning, requirements, and interfaces definition.

In 2015 the RP team greatly reduced risk and furthered flight design maturity by building "RP15" - a "mission-in-a-year" rover/payload system which was able to rove, drill, and process materials here on Earth, similar to how RP would operate on the moon. In only 12 months, RP15 was conceived, developed, built, tested, and operated as an Earth-terrestrial prototype system. This RP15 terrestrial rover system, which includes an ISRU prototype system, was operated just as it would be during the actual RP lunar mission. The RP Team continued to mature its mission concept. During 2016 and 2017 the team conducted numerous hardware tests, including conducting analogue testing in the field and in microgravity simulators, as well as environmental chamber testing. The Resource Prospector activity was cancelled in June 2018.

Resource Prospector (RP) would be the first effort to validate prospecting, extraction, and processing of planetary in-situ resources, serving as a pathfinder for future public and private follow-on ventures on the Moon and beyond. In-situ resource utilization is a critical capability for cost-effective long-duration exploration. RP would demonstrate capabilities that could be extensible to long duration lunar, asteroid, and Martian exploration. The RP activity aimed to define the vertical and horizontal distribution of water-ice and other volatiles on the Moon, in order to understand the potential for utilization of those resources to support both commercial and public needs. Commercial space entities have already expressed the value of the RP activity in defining the nature of the volatiles so that they can target commercial plans to harvest these resources. These resources could then be acquired by NASA to reduce cost and risk to future NASA missions, leading to a win-win public-private partnership.

In May 2018, the leadership of the Science and Human Exploration Mission Directorates met to receive the study outcomes of the Resource Prospector Instruments Review Team (RP IRT) and determine appropriate steps necessary toward achieving the goals of the NASA Exploration Campaign strategy.

The RP IRT provided a science assessment and an engineering assessment in their findings. The science assessment of the RP instrument suite included comparisons toward achieving the objectives of the Lunar Science for Landed Missions workshop (Jan 2018), Lunar Exploration Analysis Group (LEAG) Science Concepts from the AM-SAT Report and addressing NASA Strategic Knowledge Gaps (SKGs).  The engineering assessment of the RP instruments included an overview of the review process, criteria for evaluation and specific assessments for each instrument regarding current technical status, testing history and plans, risks and associated budgets.

It was noted that the Resource Prospector (RP) instrument suite was originally designed and selected for integrated use on a rover with an ability to ingest materials including auger-provided samples from a drill. In addition to a potential future mission for RP, the IRT noted these instruments have the ability to obtain useful science data at many of the landing sites described in the January 2018 Landing Site Workshop.  The science potential for each varies with potential landing site, and most can be enhanced through mobility after landing.   The technical assessment concluded that all RP instruments are at a high TRL level and are appropriate for flight. SMD determined to continue development of the instruments through the end of Fiscal Year 2018 and that these instruments could compete for flight on future SMD-funded missions.