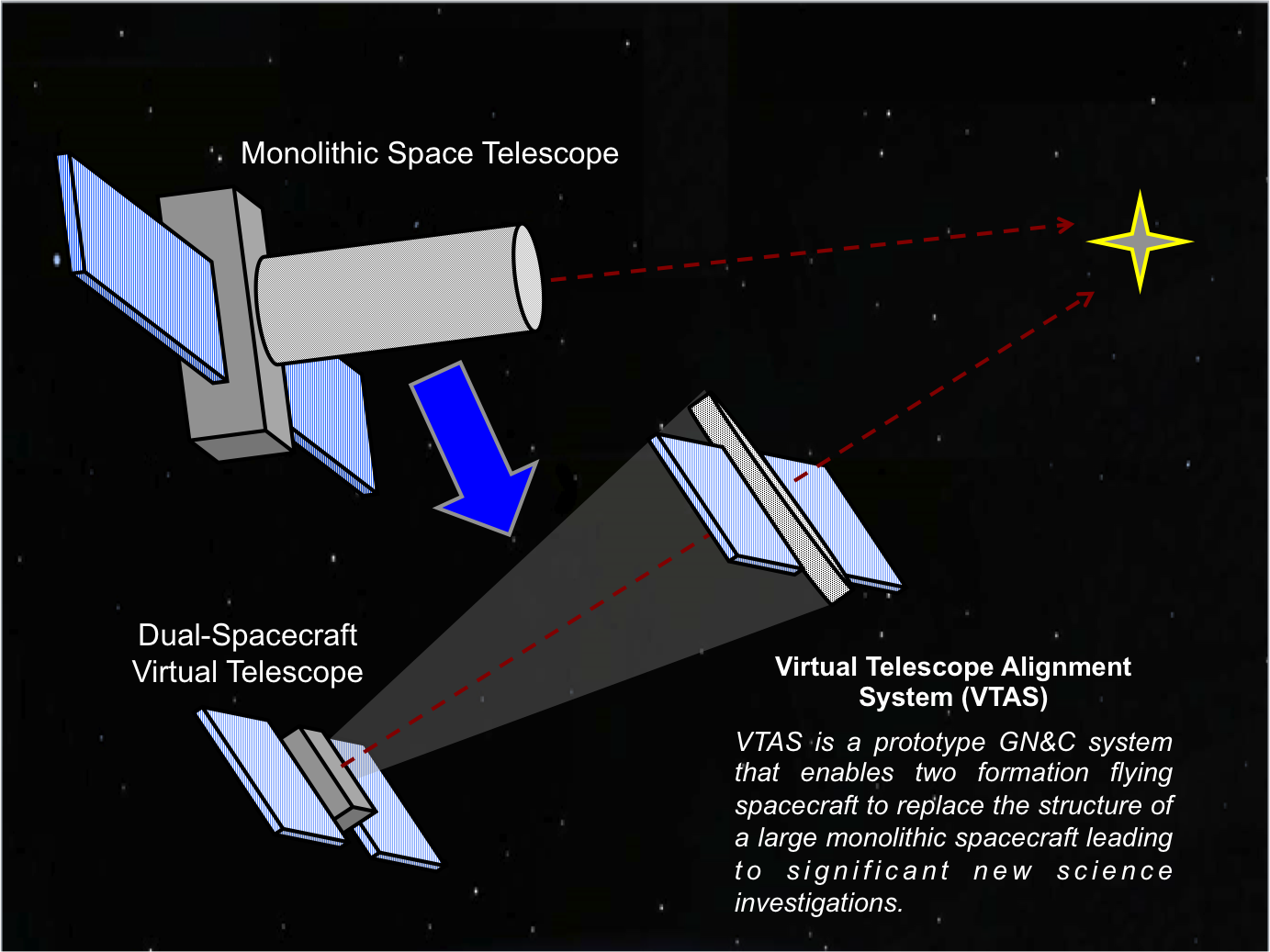 Next-generation space telescopes require two spacecraft to fly in a coordinated fashion in space forming a virtual telescope. Achieving and maintaining this precise formation alignment is achieved with guidance, navigation, and control (GN&C). The Virtual Telescope Alignment System (VTAS) is a prototype GN&C system to sense and maintain on-target formation alignment. This project is a multi-year effort focused on the development, integration, and testing of the VTAS using commercial CubeSat-class hardware and in-house developed software.

This multi-year effort is to develop a prototype GN&C system (sensors, actuators, and algorithms), VTAS, and test it on the ground as a means for maturing the TRL of this systems-level technology. Raising the maturity of a prototype system reduces the risk for missions requiring dual spacecraft precise inertial alignment. Heliophysics and Astrophysics missions such as a solar coronagraph, exo-planet finder, black hole x-ray and gamma-ray imager, solar flare x-ray and extreme ultraviolet imager, etc benefit from this advancement.

Next-generation space telescopes require large separation distances between two elements of a science payload such as an occulting disk and a camera, or a lens and detector, making them too large to launch into space. A solution to this problem is to replace the structure of a traditional large monolithic space telescope with the science payload and GN&C distributed amongst the two spacecraft. For example, a solar coronagraph requires an occulting disk on one spacecraft and a camera on the other spacecraft with the two spacecraft separated by a large distance (hundreds of meters) with precise inertial alignment on the order of sub-arc-seconds. The two spacecraft use GN&C to fly in coordination and align themselves to an inertial target of interest. Formation flying offers the ability to increase the separation distance, which leads to decreased errors from vignetting and diffracted light.

This development will increase the capability for automated rendezvous and docking of vehicles as well as formation flight with asteroids.