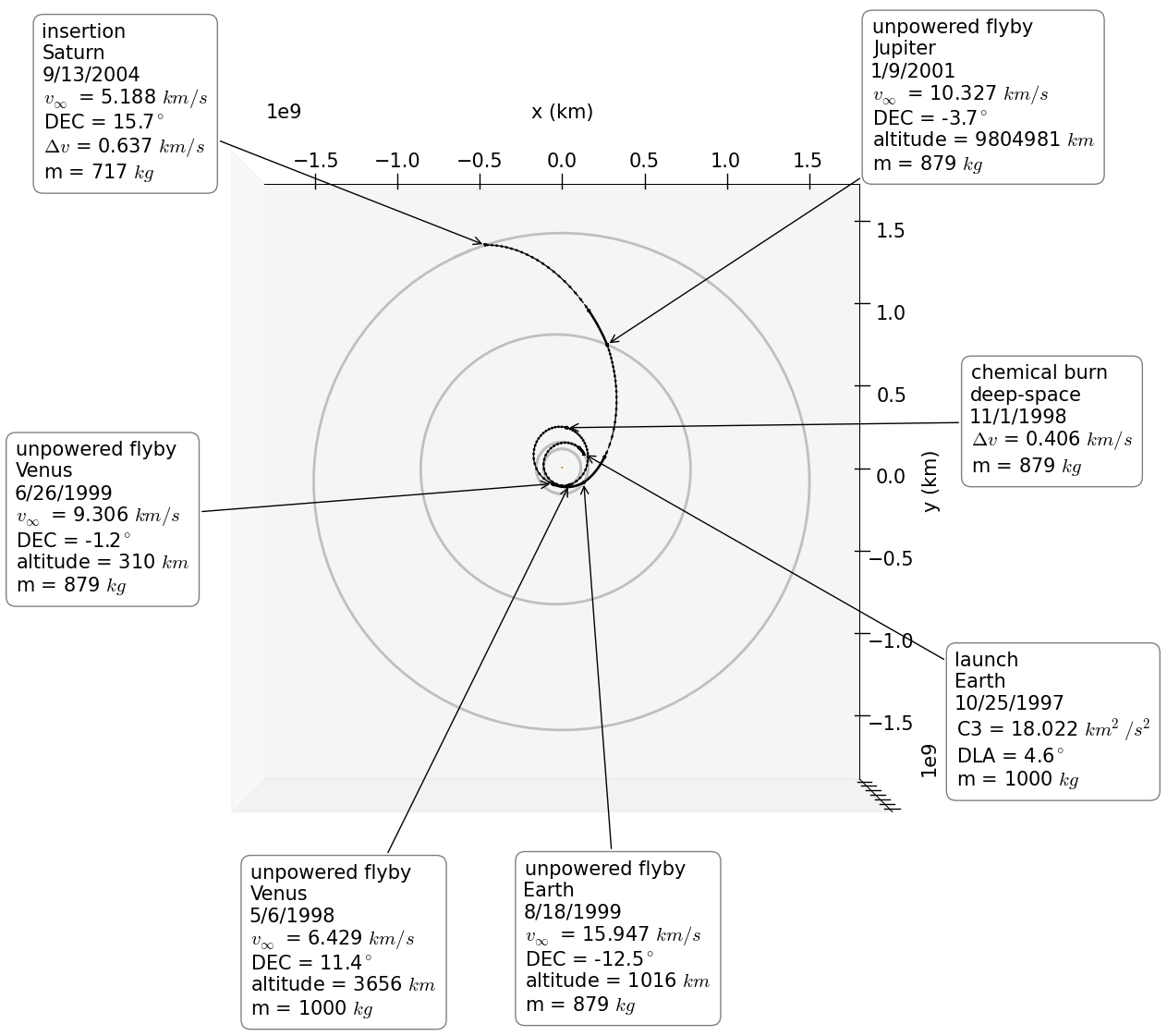 Interplanetary mission design is historically a complex and expensive process requiring many human-hours of work. This proposal outlines a novel technique for automated global search of the design space for chemical interplanetary missions that will shift the bulk of the “busy-work” from expensive human analysts to inexpensive computers. This approach allows GSFC flight dynamicists to spend their time interfacing with their scientist customers and understanding the problem of interest rather than performing repetitive tasks that may or may not meet customer needs. The proposed method leverages previous work on the Evolutionary Mission Trajectory Generator (EMTG), funded in FY13 and FY14, previous academic work by the PI, and state-of-the-art optimization techniques recently published in the literature.

The objective of this task is to streamline and significantly reduce the cost of interplanetary trajectory design for missions using chemical propulsion. The product of this task will be an automated tool to explore the trade-space of possible trajectories. The tool will be able to choose launch parameters, flight times, propulsive maneuvers, gravity assists, and arrival conditions to map the trades between figures of merit such as launch energy, total ∆V, delivered payload mass, flight time, arrival velocity, and almost any other trajectory metric desired by a customer.The proposed tool, which will be a new mode in EMTG, will pose the chemical mission design problem as a hybrid optimal control problem (HOCP), that is, a problem consisting of both discrete and continuous variables. Discrete variables are used to determine the number and identity of the flyby planets and the continuous variables are used to describe the trajectory for a given flyby sequence.The proposed tool will be available for interplanetary proposals as early as mid-FY15 and should be immediately useful. If a second year’s support is available then an automated translator can be built between the preliminary design capability in EMTG and the high-fidelity capability in GMAT.

EMTG will be used to support all future NASA GSFC activities for interplanetary missions.

EMTG could be used to design multi-satellite servicing tours which may be of interest to the commercial space industry, especially the communications satellite industry.