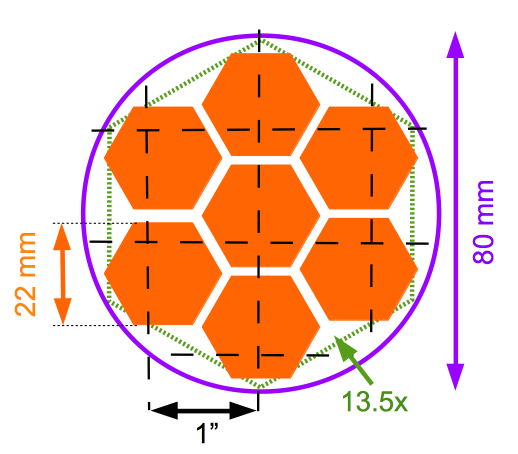 The search for evidence of life on other planets is the major challenge in astronomy today. Imaging and characterizing Earth 2.0 will require a large aperture UV/Opt/IR space telescope, such as the 8-12 meter, Advanced Technology Large Aperture Segmented Telescope (ATLAST), a concept under development at GSFC.  In this proposal we outline a key step in ATLAST’s technology development roadmap, a segmented aperture, high-contrast testbed to demonstrate the capability of interferometric starlight suppression systems to achieve 10-10 contrast, and the control system required to maintain this contrast with a segmented mirror system.

The objective of this project is to mature a large aperture telescope mission concept by initially demonstrating ≤10-8 high-contrast imaging, with a 2λ/D inner working angle (IWA) on a segmented aperture system. The segmented aperture, high-contrast testbed will allow the evaluation of coronagraphs that function with arbitrary aperture shapes, such as the Phase-Occulted Visible Nulling Coronagraph (PO-VNC), that will be used for the initial demonstration. The system can, however, be used to evaluate the performance of any coronagraph concept. The current technology focus in the coronagraph community is technology development dedicated to a filled-aperture telescope, namely AFTA/WFIRST. The proposed technology development is mandatory in order to mature a large segmented aperture mission concept for the 2020 Decadal Survey.