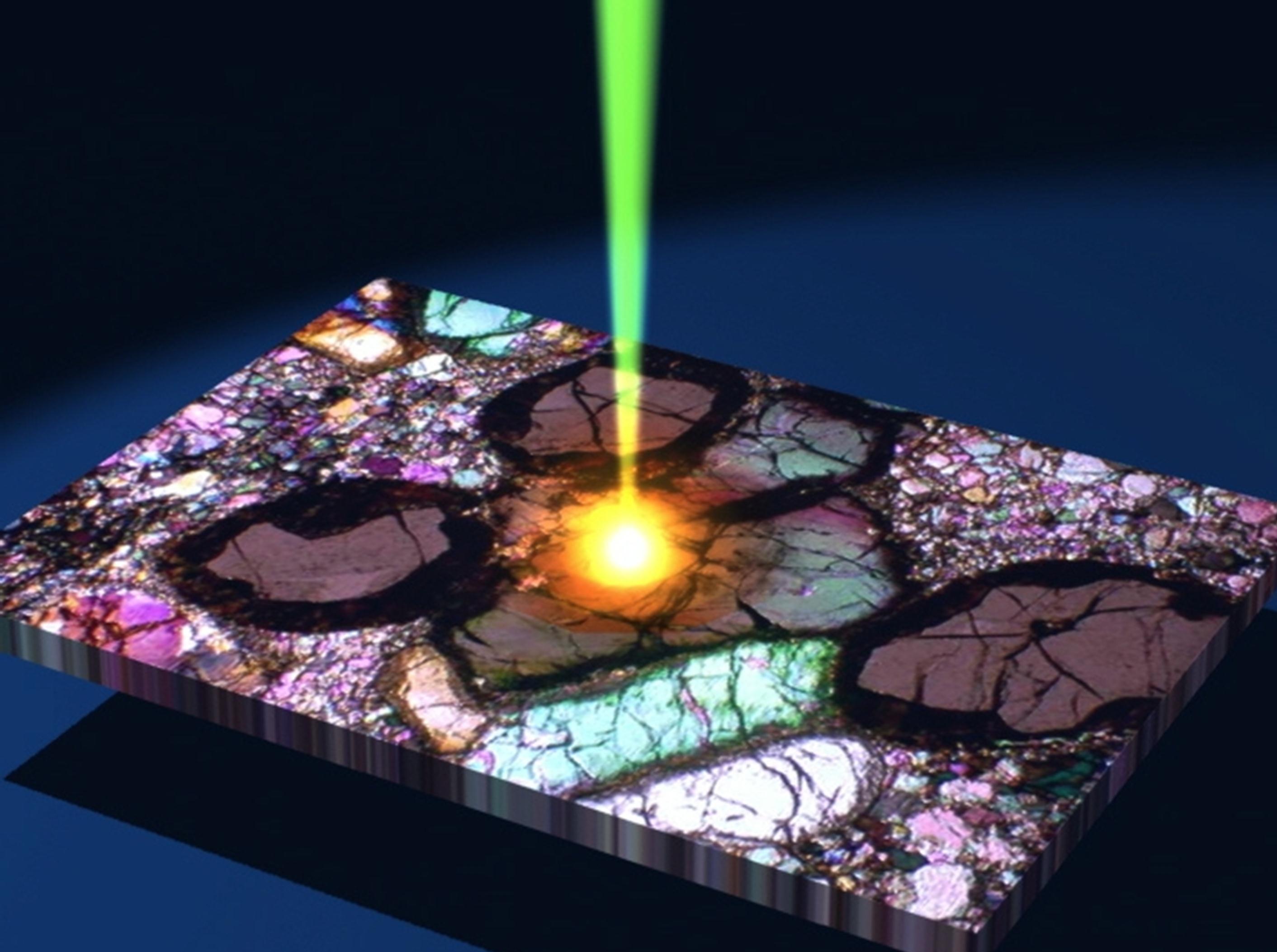 Laser ablation methods of chemical analysis, such as those employed by the Mars Organic Molecule Analyzer (MOMA, on the ExoMars 2018 rover) and the time-of-flight mass spectrometers (TOF-MS) currently being developed, provide an ideal way to analyze precious planetary materials via in situ, spatially-resolved sample processing.  We propose to build, design and test a laser system capable of switching between two ultraviolet (UV) wavelengths, with variable output power for selective laser ablation/desorption sampling. This laser will be capable of a “burst mode” of operation similar to the MOMA laser being developed by Laser Zentrum Hannover e.V.

Here, we propose to develop a breadboard laser system that is capable of producing radiation in two UV wavelengths.  This Selectable Output Ultraviolet Laser (SOUL) system will utilize an existing solid-state laser infrastructure, as well as a series of nonlinear frequency conversion crystals to up-convert the fundamental laser wavelength to deep UV wavelengths.  A piezoelectric steering mechanism will enable the SOUL system to alternate between these UV output wavelengths at a rate of several hundred Hz.  This proposed system will also offer a “burst mode” of operation similar to the MOMA flight laser being developed by Laser Zentrum Hannover e.V.  The design proposed here will be more thermally robust and thus require shorter recovery times compared to the MOMA laser.         Our effort will focus on the difficult task of designing, implementing and demonstrating a multi-staged UV-producing train of optics capable of switching between two different output wavelengths with variable output power. The success of the nonlinear portion of the total system lies primarily with the choices of materials, operating environments, laser wavefront and power control, and optical layout. The selectability of this prototype laser for upcoming mission opportunities will depend not only on the performance of the instrument, but in the compactness (mass and volume), robustness (operational conditions and survivability), and power requirements of the design.

For future planetary landers, would provide laser desorption/ablation mass spectrometry which enables the detection and identification of elemental abundances and complex, nonvolatile organic compounds at low concentrations in planetary surface samples, which could have major implications for in situ astrobiology and assessments of habitability.