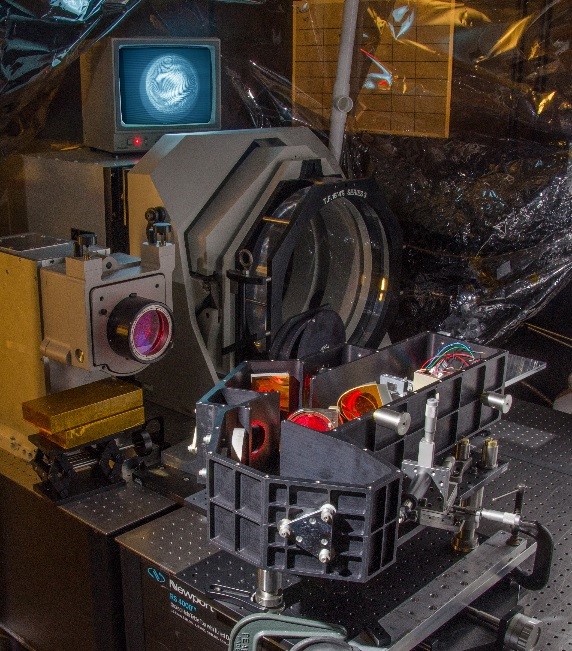 Mid-infrared (MIR) Fourier transform spectrometer (FTS) systems provide radiometric and accurate spectra for true diurnal diagnostics of atmospheric properties. Scaling such systems to a full imaging mode will improve their diagnostic capabilities – especially in capturing night scenes.  CIRS-lite has promise for Earth Science due to its modest mass, power and volume requirements and novel technical capabilities.  An MIR imaging-FTS will be a formidable candidate in future, Earth-science flight mission opportunities.

CIRS-lite is a lightweight  version of the CIRS 43-kg Fourier transform spectrometer (FTS) currently returning data from Saturn.  CIRS-lite is of interest to planetary science as a high resolution  FTS, capable of a broad spectral range.  CIRS-lite is physically much smaller and far less massive than Earth science instruments.  For Earth science, CIRS-lite is envisioned as a 2-D imaging FTS covering the infrared spectral region to study the global distribution and rate of change of methane and other greenhouse gasses (carbon dioxide, water vapor, nitrous oxide) at regional and national scales.  CIRS-lite would register localized changes in spectroscopy with geographic patterns to distinguish anthropogenic activities (industry, agriculture, fossil fuel burning, etc.) from natural environmental changes such as melting permafrost, forest fires, wetland changes and the like.  CIRS-lite would also investigate the radiative role of water vapor and clouds.  The overall science contribution is the study of chemical and physical phenomena that influence climate change and the carbon budget.

CIRS-lite has significantly lower demands for mass, volume, and power relative to other Earth Science spectrometers, so it can fly on most space platforms or as a hosted payload.

The benefit is to have a better measurements of the abundances and distributions of water and methane, and their effect as greenhouse gasses