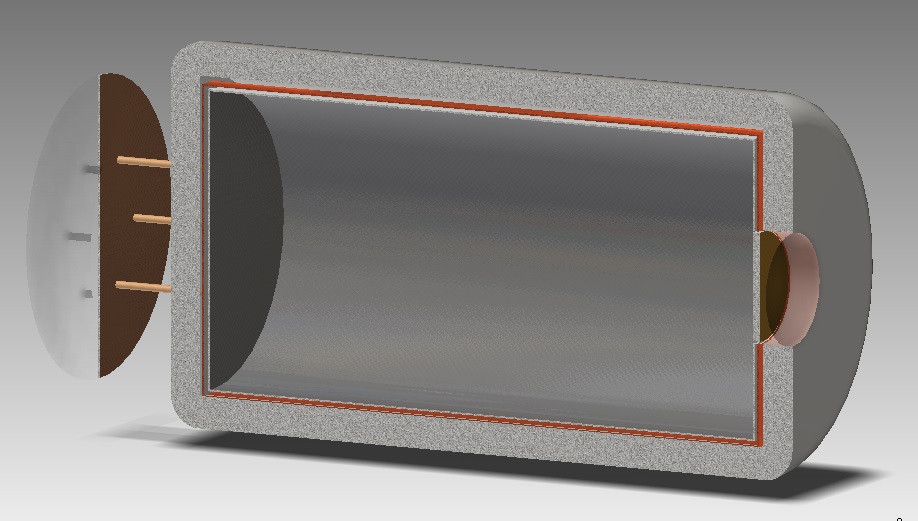 Hydrogen is the most mass-efficient radiation shielding material for protection against the space radiation environment. The concept of Cryogenic Hydrogen Radiation Shielding (CHRS) was studied by Cryogenic Branch at NASA GSFC with a FY08 IRAD. This IRAD project will complete a preliminary thermal and ground cooling system design of the CHRS system and also perform a radiation transmission test with potential CHRS tank materials.

The objectives of this IRAD study are to perform the preliminary thermal system design and optimization of the CHRS system and to perform radiation testings of samples of materials that are candidates for containing the hydrogen in the CHRS.

In addition to the work above, the tank materials will be selected based on the thermal performance. The radiation test for these materials will be carried out at NASA Center for Radiation Engineering and Science for Space Exploration (CRESSE).

This FY 2014 IRAD study will increase the CHRS TRL level to 2. The design will prove the concept and increase the feasibility of the CHRS system.  The output from this study can be used to pursue research opportunities for the radiation shielding at NASA’s Human Research Program (HRP).

Human susceptibility to the harsh space radiation environment has been identified as being a major hurdle for exploration beyond low Earth orbit (LEO). High energy protons and nuclei ions from Solar Energetic Particles (SEPs) and Galactic Cosmic Rays (GCRs) can result in radiation doses that are dangerous to astronaut health and even survivability if the astronauts are not adequately shielded. The high energy particles also cause significant amounts of secondary radiation when they impinge on Aluminum, which is commonly used for spacecraft structure. The secondary neutron radiation may cause human radiogenic cancers. Hydrogen or hydrogen rich materials are ideal materials for radiation shielding because of hydrogen does not easily break down to form secondary radiation source.

A  CHRS concept study was conducted by the Cryogenics and Fluids Branch in FY08. The results showed the most mass effective material for protecting a spacecraft if proper design is implemented. The performance of three candidate materials was studied in a LaRC study.

Human Space flight beyond LEO, including Lunar and Marsian Missions.