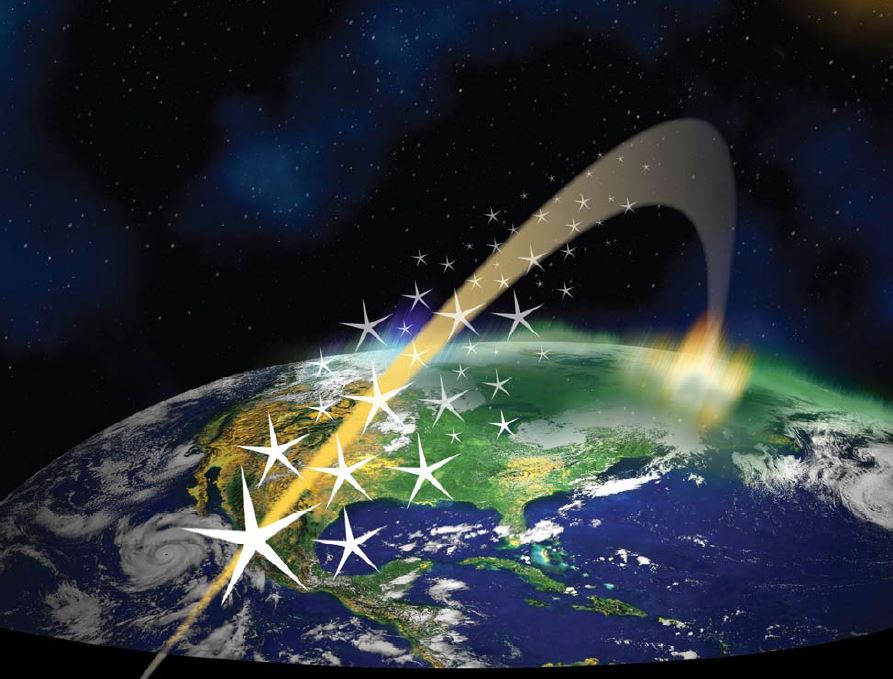 This innovation seeks to fill the need for capabilities to make simultaneous, distributed measurements of sun-earth interactions in low earth orbit in order to provide separation between temporal and special evolution of phenomena. In addition, this innovation seeks to take advantage of low-cost access to space opportunities by reducing critical spacecraft function to such a size that a cloud of distributed sensors can be included on a cube-satellite deployment system. The key challenge for reducing a traditional satellite to such a small size is to remove the maximum possible functionality that is not critical for creating a working spacecraft. This includes moving as much functionality as possible from the sensor node to a host system (e.g. mothership or ground station). This process is extremely critical of functions that consume mass, power, or volume such as attitude controllers, sophisticated sensing systems, and redundancy. Previous methods for separating special from temporal evolution include formations of a few large spacecraft. MMS and STEREO are examples. These prior missions have the drawback of being very expensive and being limited to only a few spatial measurements at a time. The purpose of this effort is to develop a concept for how to construct a spacecraft platform that will enable sensing systems to be reduced in size to a very small (~50cm3), wireless package that can be utilized in distributed space sensing systems, particularly for in-situ measurements. The innovations that were explored include energy harvesting and management, GPS tracking, electronic integration and mechanical packaging.