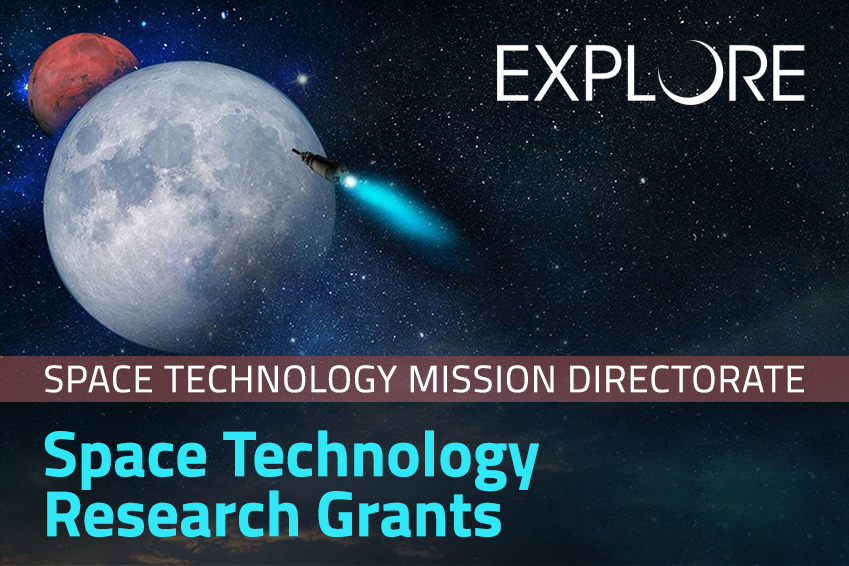 Photovoltaics (PV) is a rapidly developing field that has found a vast range of applications, from handheld devices to providing auxiliary power for residential homes to large scale utility power. Harnessing solar energy is also critical for operating extraterrestrial spacecraft and modules. For instance, the International Space Station operates on 110 kW of electricity generated by 262,400 silicon solar cells at an average conversion efficiency of 14.2%, making it currently the largest solar array in space. Other major space technological milestones, such as the Hubble Space Telescope and Mars Curiosity rover, rely solely on power generated by PV. Modules are produced from the highest quality materials to ensure reliable, long-term power is provided to these crafts. But this current technology is reaching the limits of meeting the power generation needs of future space technologies. The National Aeronautics and Space Administration (NASA) will require a variety of new PV materials which include those that are extremely lightweight, re-stowable, dust-tolerant modules that generate more than 100 kW, withstand temperatures below -150°C and above 200°C, and are operational at distances farther than 3 Astronomical Units from the Sun to power the next generation of space exploration. Currently modules are comprised of single and multi-junction cells incorporating expensive materials like III-V semiconductors, gallium arsenide and indium phosphide, and crystalline silicon. An alternative is to use 2nd-generation photovoltaic cells, also called thin-film cells, manufactured with minimal amounts of material on both flexible and rigid substrates, which meet the requirements for lightweight and storable modules for next-generation spacecraft. This category of PV devices is constantly growing with the discovery of new materials for harnessing the Sun’s energy. For example, organometallic halide perovskites have stirred huge interest within the PV community since their introduction in 2009 with devices that exhibited conversion efficiencies of only 3.9% at standard AM 1.5 conditions. Fast forward to 2015, the National Renewable Energy Laboratory (NREL) recently documented a champion device with an efficiency of 20.1%. Perovskite photovoltaic cells have been cited for their advantageous open-circuit voltage around 1 V and a range of available band-gaps between 1.5 and 2.5 eV. The material also benefits from the ability to be formed from solution-based deposition techniques at atmospheric conditions and only requires annealing temperatures around 100°C. In contrast, PV cells produced from III-V semiconductors require extreme manufacturing conditions, contributing to their high cost. Proponents of this new material correlate these characteristics to easy scale-up manufacturing and inexpensive modules. Furthermore, the perovskite materials provide numerous opportunities for research to address increasing their long-term stability and understanding of how the material’s chemical, optoelectronic, and structural properties contribute to high performing PV devices. The lack of an in-depth exploration into the field has prompted our investigation into the characterizing the material properties of thin-film organometallic halide perovskites, primarily those that are comprised of a mixture of two of the following halides: chlorine, iodine, and bromine. This project will involve three tiers: 1) characterizing the structural, chemical, and optical properties of the perovskite films where the chloride to iodide, iodide to bromide, or bromide to chloride ratios are varied from zero to unity, 2) incorporating the mixed-halide perovskite films into solar cells and characterizing the change in performance with the halide ratios, and 3) correlating how the performance of these devices change when exposed to different temperatures, humidity levels, and atmospheres. Materials characterization will employ an extensive library of techniques. Changes in the crystallographic structure of the materials will be determined using X-ray diffraction and optical properties will be evaluated using ellipsometry and UV-Vis spectrophotometry techniques. X-ray florescence, energy-dispersive spectroscopy, X-ray photoelectron spectroscopy techniques will be used to characterize changes in chemical properties. Operational lifetime of devices in simulated terrestrial and extraterrestrial environmental conditions will also be noted. The expected outcome of this investigation is to determine if the properties of the mixed-halide organometallic halide perovskites used in PV devices support their use in the next generation of space PV modules.

II-VI thin-film cells are a promising option for powering space technologies, including satellites and many other forms of spacecraft. They are lightweight, cost-effective, and exhibit high conversion efficiencies, which align with some of the major criteria that NASA prioritizes in the development the next generation of cells. This project adresses improving the specific power of II-VI thin-film cells by exploring the electrical properties of the constituent materials that absorbs the electromagnetic radiation; specifically, improving their transport properties.