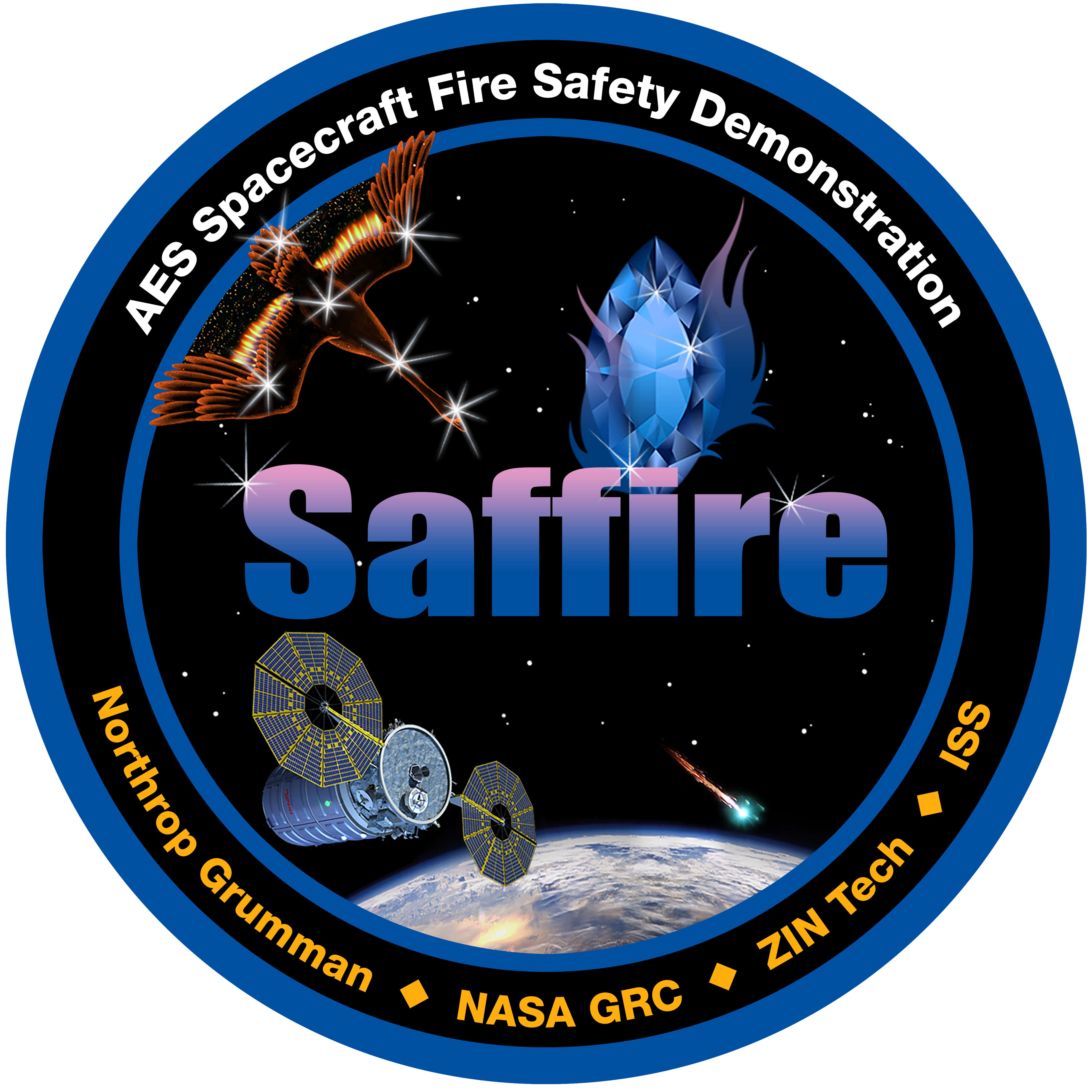 The objective of the Spacecraft Fire Safety Demonstration project is to develop and conduct large-scale fire safety experiments on an International Space Station resupply vehicle after it leaves the ISS and before it re-enters the Earth's atmosphere. Three Spacecraft Fire Experiment (Saffire) flight units were developed and have flown on three sequential flights of Northrop Grumman's (formerly Orbital ATK) Cygnus re-supply vehicle. Saffire-I was launched on OA-6 in March 2016, Saffire-II on OA-5 in October 2016, and Saffire-III on OA-7 in March 2017.  The Saffire-I, II, and III experiments were all operated successfully in June 2016, November 2016, and June 2017, respectively.

Three more Saffire experiments, Saffire-IV-VI, are being developed to continue to investigate material flammability risks that will be faced by the crew on NASA's long duration exploration missions, especially at reduced pressure and higher oxygen concentrations. These experiments will also obtain data on large-scale spacecraft fire detection, monitoring, and post-fire cleanup as well as obtain valuable data to allow spacecraft designers and engineers to predict the development of fire scenarios in exploration vehicles and habitats. The SFS Demo Project is managed by NASA John H. Glenn Research Center (GRC) who also developed the design and fabricated the hardware for Saffire-I-III. Saffire-IV-VI are being developed by a team comprised of personnel from NASA and ZIN Technologies, Inc.

Personnel from NASA Johnson Spaceflight Center, NASA Jet Propulsion Lab, and the NASA White Sands Test Facility also provided instruments and testing support for the Saffire experiments. The NASA team is augmented by an international topical team assembled by the European Space Agency (ESA). Each member of this team brings expertise and funding from their respective space and research agencies for their activities. The experiment hardware for Saffire-I-VI is approximately 53 cm x 90 cm x 133 cm and consists of a flow duct, containing the sample material to be burned, fans, and flow straightener, and an avionics bay, containing the power management system, control computer, signal conditioning card, and cameras. Saffire-I and III had a single large sample (0.4 m x 0.9 m) made of a composite fabric (75% cotton/25% fiberglass by mass) that has been studied in previous low-gravity experiments although using much smaller samples. This sample burned completely during the tests and yielded information about the fate (flame size and spread rate) of a large-scale fire in low-gravity. Saffire-II had nine samples (5-cm wide x 30-cm long) of various materials that were selected to investigate the low-gravity Maximum Oxygen Concentration (MOC) flammability limits in long-term low gravity. These samples emulate the configuration used in NASA-STD-6001 Test 1, the flammability test conducted in normal gravity to determine if a flame will spread upward over the sample or if it will self-extinguish. A material that self-extinguishes is considered as being safe for use in spacecraft from the standpoint of flammability. Saffire-IV-VI uses some of the same materials as Saffire-I-III but will operate at the reduced pressure, high oxygen concentration conditions planned for many exploration missions.

To conduct the Saffire experiments, the Saffire hardware is loaded in the Cygnus Pressurized Cargo Module by Northrop Grumman and launched from the Wallops Flight Facility. Once at the International Space Station, Saffire remains unpowered on Cygnus while supplies for the ISS are off-loaded by the crew. Once supplies are off-loaded and replaced with trash, Cygnus departs. When the vehicle reaches a safe distance from the ISS, Saffire will be powered on by a team of Northrop Grumman and Saffire engineers working from Northrop Grumman's Dulles Control Center in Dulles, VA. After conducting system checks, Cygnus will be put into free drift and the experiment initiated. Saffire-I, II, and III ran autonomously for about 2-1/2 hours. With the expanded objectives of Saffire-IV-VI, the experiment requires about 8 hours to be completed. When the experiment is complete, Cygnus continues to orbit the earth while the data is downlinked to various ground stations. When downlink is complete, generally about 8-14 days, Cygnus will then begin its reentry into the Earth's atmosphere where it will burn up over the Pacific Ocean. Saffire-IV was launched on NG-13 in February 2020 and operated in May 2020. Saffire-V launched on NG-14 in October 2020 and operated in January 2021. Saffire-VI is being readied for launch on NG-19 which is currently planned for Spring 2023.

This project will benefit all future human exploration missions by providing data and validated models that describe the growth of large-scale spacecraft fires. The project is also demonstrating the effectiveness of fire monitoring and response technologies planned for use on Orion and future spacecraft. The data, and the models validated using that data, will be used to developed effective fire safety strategies, equipment, and procedures for all crewed vehicles used on exploration missions.