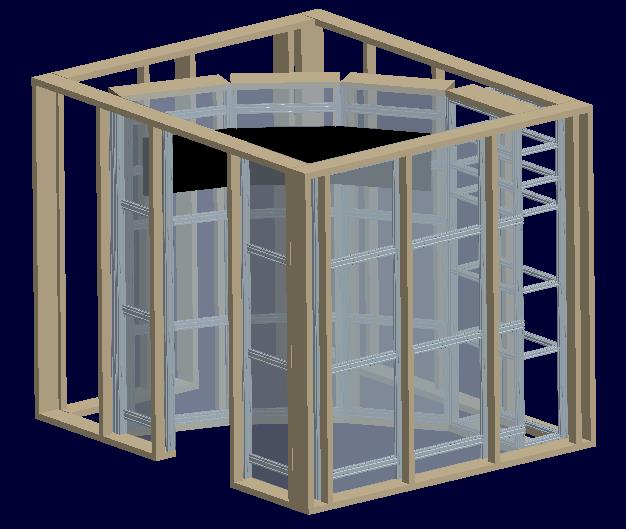 Incorporating telepresence technologies into deep space mission operations can give the crew and ground personnel the impression that they are in a location at time that they are not.  NASA's space technology grand technology challenge for telepresence in space is intended to "Create seamless user-friendly virtual telepresence environments allowing people to have real-time, remote interactive participation in space research and exploration."  This challenge was expanded to include telepresence experiences by both the crew and people on Earth.  Advancing the technology for the crew's use of virtual telepresence onboard a deep space habitat and use by Earth-bound flight controllers, the crew's family and friends, and payload investigators could enhance mission capabilities, human performance efficiency and improve the crew's psychological health. Advanced technologies were applied to the exchange of realistic representations of live and inanimate objects on Earth with the crew aboard spacecraft on long duration missions.  Conversely, multi-dimension imagery of the simulated crew and spacecraft were generated. Telepresence technologies can be used to provide spacecraft situational awareness imagery and medical scans for telemedicine.  Displays incorporating viewpoint (eye) tracking were evaluated to search for 3-D displays that don't require active switching glasses.

Telepresence sessions between the crew, family members and medical doctors require visual and acoustic privacy.  This environment is best achieved in the individual crew quarters.  A prototype crew quarters was developed and built that would provide both privacy and a safe haven from which to conduct operational activities during solar radiation events.   High school and college intern students participated in the design and construction of the crew quarters.  3D video displays and multi-dimension audio systems were evaluated to attempt to achieve a realistic recreation of Earth events.  Indirect Light Emitting Diode (LED) lighting was installed to simulate a 24-hour circadian rhythm cycle.

Studies were performed to learn how the human vision and hearing senses work. Advanced imaging and display processes, joined with low cost, off-the-shelf components, were assembled and optimized during ground testing in Building 44 and the JSC Innovation Design Center. Early inclusion of user interface design and evaluations verified that the high level requirements in the concepts of operation document have been met. The project objectives will be met when the demonstrations show that the telepresence technology can perform a useful role in spacecraft health maintenance and the crew’s performance and well being.

It is anticipated that more mission support will be conducted outside the walls of the Mission Control Center (MCC).  Telepresence technologies will be infused into the communication systems to allow spacecraft subsystem managers to head off on-orbit problems and to allow the crew to deal with them more autonomously.  Telepresence technology will be employed to provide telemedicine data to the medical doctors while the crew is in their quarters.  Commercial telecommunications and telepresence technology will be heavily leveraged to reduce non-recurring flight hardware and software development costs. Imaging and display hardware configurations that provide a true telepresence experience in the Deep Space Habitat (DSH) mockup will move NASA one step closer to a final habitat architecture design.