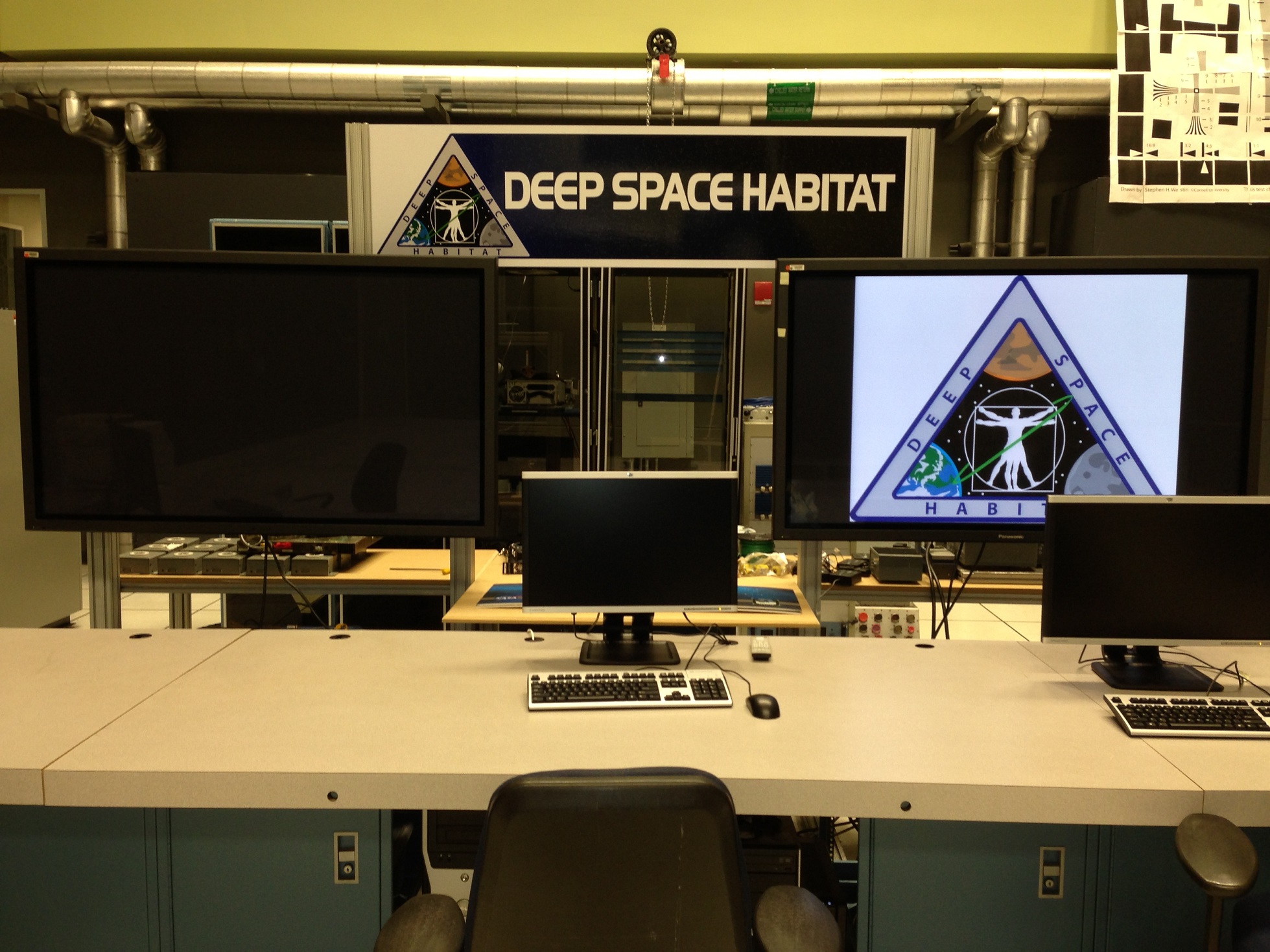 Goals of the DSH Testbed include: Function as a habitat systems integrator and technology pull across many domains Develop and integrate software-based models of habitat systems with system to system interdependencies Enable maturation of select habitat systems Integration of physical hardware where available Distributed testing to link to other facilities The DSH Testbed provides a place to build the instance of the DSH vehicle, and as a result provide integration testing of habitat subsystems and technologies in a vehicle-like context.  Some of these technologies include: WSN Power Avionics Software Impact Detection Comm Crew Systems (Displays, TRWS, programmable lighting) Testing in an incremental fashion, subsystems can be added on to the core architecture, modularly removed and replaced, and finally matured.  Subsystems also do not have to be physically present in order to be included in the testbed.  The DSH Testbed is able to perform a combination of local and distributed connectivity to hardware and software to complete vehicle integration.  Finally, subsystems can be varying maturity levels, and even exist as simulations.  The DSH Testbed is able to host subsystem models and simulations and stress them in the integrated habitat context.