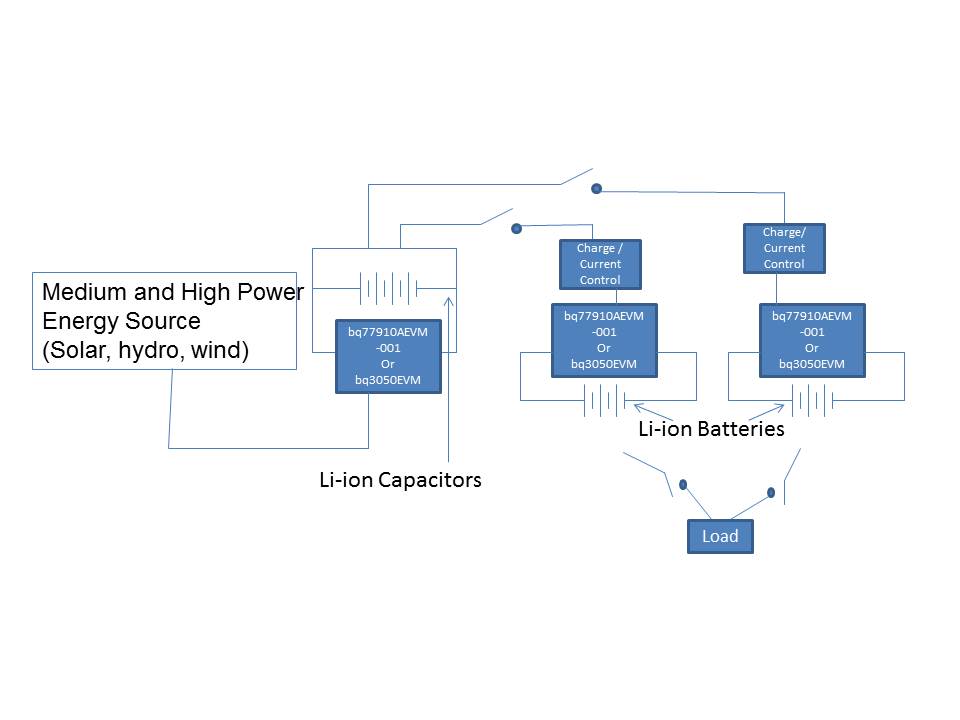 The proposed task will involve the design of a hybrid power system with lithium-ion (li-ion) capacitors (LICs), li-ion batteries and solar cells. The challenge in energy storage for long-term space missions is to obtain greater than 230 Wh/kg that equates to providing power for the EVA suit and surface systems for a minimum of eight hours. Although the current EMU li-ion battery provides power for 8 hours, it weighs about 6 kg and is only one of four battery systems providing power for various applications. The new advanced suit will include, apart from the existing power demands, an array of biological sensors and monitors and a high-tech video system with a mass limit on the battery of less than 5 kg. No battery-only system can currently provide this capability for a continuous 8 hour period, even with the advanced silicon-based anodes being studied in the battery industry today. Working on human-rated space technology requires higher safety goals which, we believe, this system will provide.

The project will focus on building and testing a hybrid energy system which will consist of the LICs and li-ion batteries and solar arrays or an alternative power source to charge up the LICs. The goal is to obtain an optimized method that will fully utilize the li-ion capacitor and battery combination to obtain the maximum battery run time. The final phase will utilize the Innovation Design Center (IDC) to carry out the integrated test optimization after initial testing in the Energy Systems Test Area. A field demonstration will be carried out with the AES, as well as the Robotics hardware platforms.