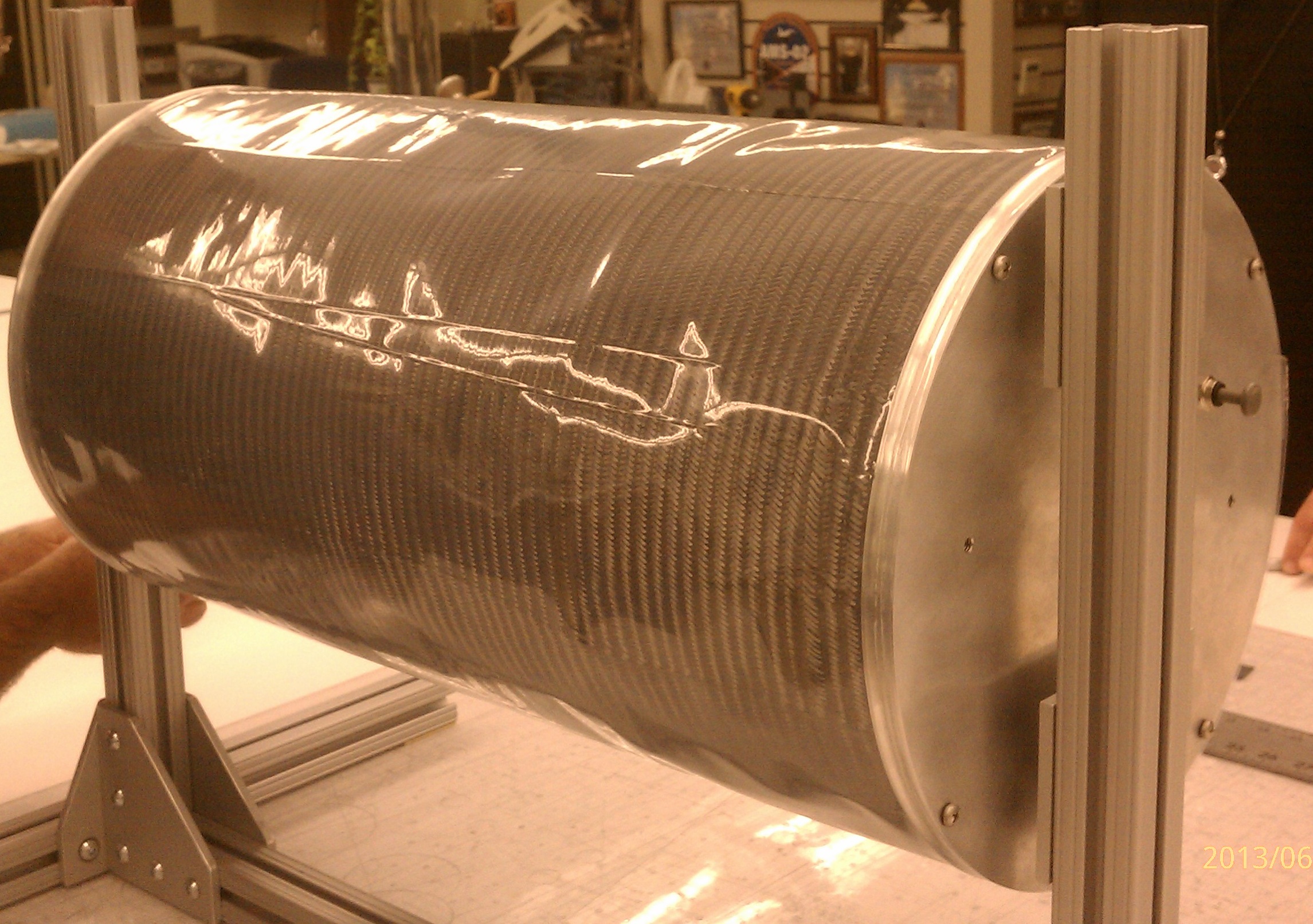 A novel concept utilizing resin infusion to rigidize inflatable structures was developed at JSC ES.  This ICA project intends to complete manufacturing of a prototype inflatable structure with a dry fiber pre-form between two membranes that will be evacuated and filled with catalyzed epoxy resin to cure and form a rigid composite wall structure. The concept was proposed in 2011 and prototype design completed with co-op support. Two aluminum end caps appropriate for multiple prototype tests were produced by ES7 and the EC soft good lab completed the prototype using existing methods and materials. A design study was completed to improve manufacturability, reduce mass, and illustrate the possibilities of utilizing this technique for on-orbit applications.

Utilizing resin infusion to rigidize an inflatable structure and form fiber-reinforced composites on-orbit is a novel concept that builds on current NASA technology in expandable structures.  The current effort to design and build a prototype has sucessfully demonstrated a proof of concept that the technology is viable using current state-of-the art materials and manufacturing techniques.  A cylinder shaped object with round end caps was manufactured as a simple article, but domed shapes are possible and expected to be the most efficient although more complex to design and build.  A braided carbon fiber fabric material of two ply thickness was utilized in the prototype to provide a thin and optimally reinforced structure.  The fabric was contained on two sides with laminated sheet polymer to form a vacuum bag attached at both end caps. Vacuum ports and resin fill ports were located at opposite ends and routed to the fabric cavity between the two polymer sheets.  The cavity was evacuated and filled with resin that cured to form a rigid composite structure cylinder.  It is planned to perform a pressure test of the cylinder and produce a preliminary design of a larger dome-ended structure for proposed future work. A conceptual design for the mechanical system required to provide the internal pressure, vacuum resin trap, and resin mixing and filling will also be presented.

Potential to impact design of inflatable habitats for ISS. Concept applicable to large deployable structures such as solar arrays and radiators.