Development of a Suit Glove with Capacitive Touch Screen Capability 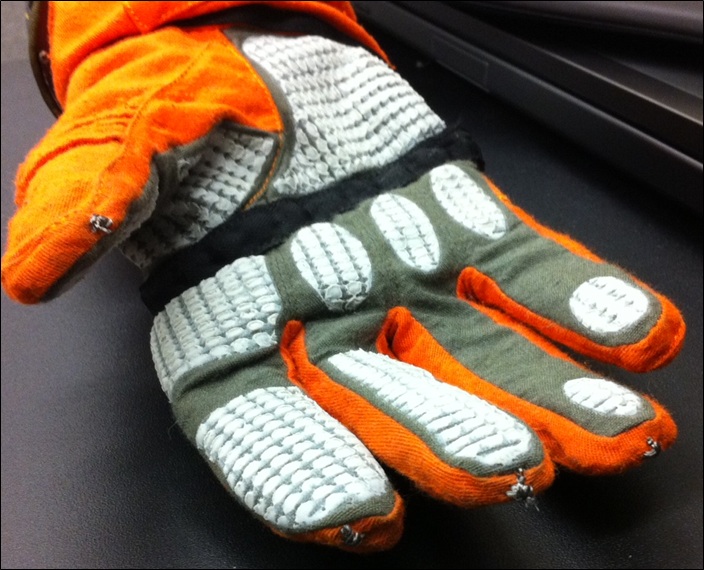 Portable digital devices such as the iPad provide lightweight, powerful, and convenient methods of communication, and there are countless potential applications for use of these personal devices in spaceflight environments.  However, many of these devices utilize capacitive touchscreens that do not work well with existing suit architecture, limiting their potential use by crew when suited and gloved in intra-vehicular activity (IVA) scenarios, such as during launch, ascent, entry, and docking scenarios.  However, there are commercially available gloves for driving and recreation that incorporate capacitive capability to allow their use with capacitive touchscreens.  Our goal with this ICA is to create a basic launch/entry/ascent suit glove prototype (based on an ACES or similar suit glove) that is functional with portable touch-screen devices such as the iPad, leveraging the concepts included in the commercial off the shelf (COTS) glove hardware.  Our prototype glove will then be run through a simple user test to evaluate its functionality and usability.

With the ubiquitous nature of devices such as the iPad and other tablets, research and development needs to be undertaken to explore their use outside of personal computing. Demonstrating a fire-retardant glove (such as an flight suit glove for an ACES suit) which allows functionality with touchscreen devices would have implications to other industries where personal protective gear and harsh environments are commonplace, places such as power and natural gas plants, oil refineries, chemical plants, and others.