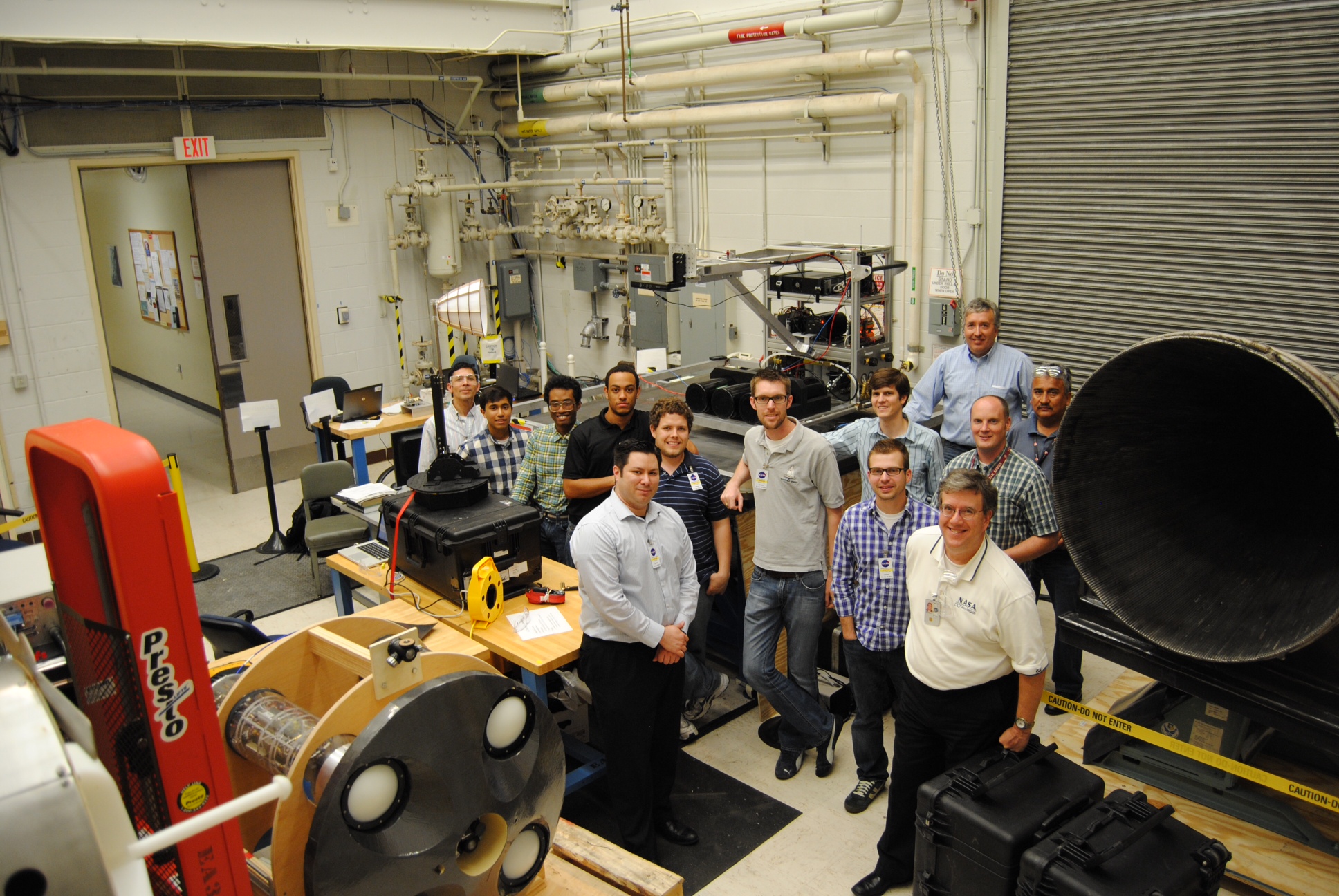 Leveraging efforts begun in FY12, this project has developed a unique hardware-in-the-loop dynamic testing environment for use in a proposed Active Debris Removal Vehicle (ADRV) spacecraft development activity.  This test-bed provides NASA with a dynamic testing environment that allows an increase of roughly two orders of magnitude in relative motion over existing dynamic test facilities for testing a broad range of new sensors and software pertaining to spacecraft rendezvous, proximity operations, and capture. Particular emphasis is placed upon characterization of uncooperative objects, such as orbital debris, although this equipment could be used for a variety of other rendezvous and capture simulations.  It provides an initial operating capability using fully autonomous JSC-developed air bearing hardware, with sensors and GNC, to support this testing, in cooperation with partners from Texas A&M University, the Air Force Research Laboratory (AFRL), and the Aerospace Corporation.  Provides a hardware-in-the-loop demonstration at JSC of two-body proximity operations using air bearing sleds emulating the ADRV and debris target represented by a Titan 1 upper stage nozzle on loan from the USAF.

Orbital debris in Low Earth Orbit (LEO) is an international problem that threatens the success of all future Low Earth Orbit (LEO) space and exploration activities.  Research indicated that removing large debris objects is the best means to reduce the overall hazard from orbital debris, since large debris is the creation engine for smaller, more numerous, fractionation objects. Based on an analysis of alternatives of various remediation methods, this project has implemented a testing environment consistent with the chosen approach, a tug-based method to actively capture and deorbit the debris.  However, this type of mission must consider that large debris bodies are derelict and without active controls, hence unable to hold a consistent attitude.  Worse yet, they are often tumbling at rates of up to 3 revolutions per minute, a rate dramatically higher than prior rendezvous and proximity operations state-of-the-art.  Therefore, methods to test approach and capture methods, as well as sensor and guidance navigation and control concepts, were needed in order to retire the principle risks with this type of mission.  First in three degrees of freedom, and initially at lower rates, the developed testing environment will be used to mature the operational techniques as well as the sensor technologies necessary for this mission to be successful.  As maturity is accumulated, relative rates will be increased, and although out of the initial scope of the project, additional degrees of freedom, up to five and six DOF, will later be incorporated.

This project has developed a testing environment for GNC and sensor capabilities that are applicable to manned or unmanned spacecraft, and is also directly applicable to prox ops/capture missions other than those intended to mitigate the risk of damage to critical space assets from orbital debris.  Although this effort is not a technology demonstration (flight) mission, the demonstration of actual on-orbit debris removal will be widely publicized and recorded for subsequent public availability and outreach.

Research by the JSC Orbital Debris Program Office (ODPO) has indicated that annual remediation of approximately five large debris objects could indefinitely maintain the LEO debris environment at the current level, despite a progressively increasing number of nations and launch providers.  It is felt that the proposed ADRV system could economically accomplish, and indeed exceed, this capacity with the testing environment developed by this activity being a principle component of that overall development process.