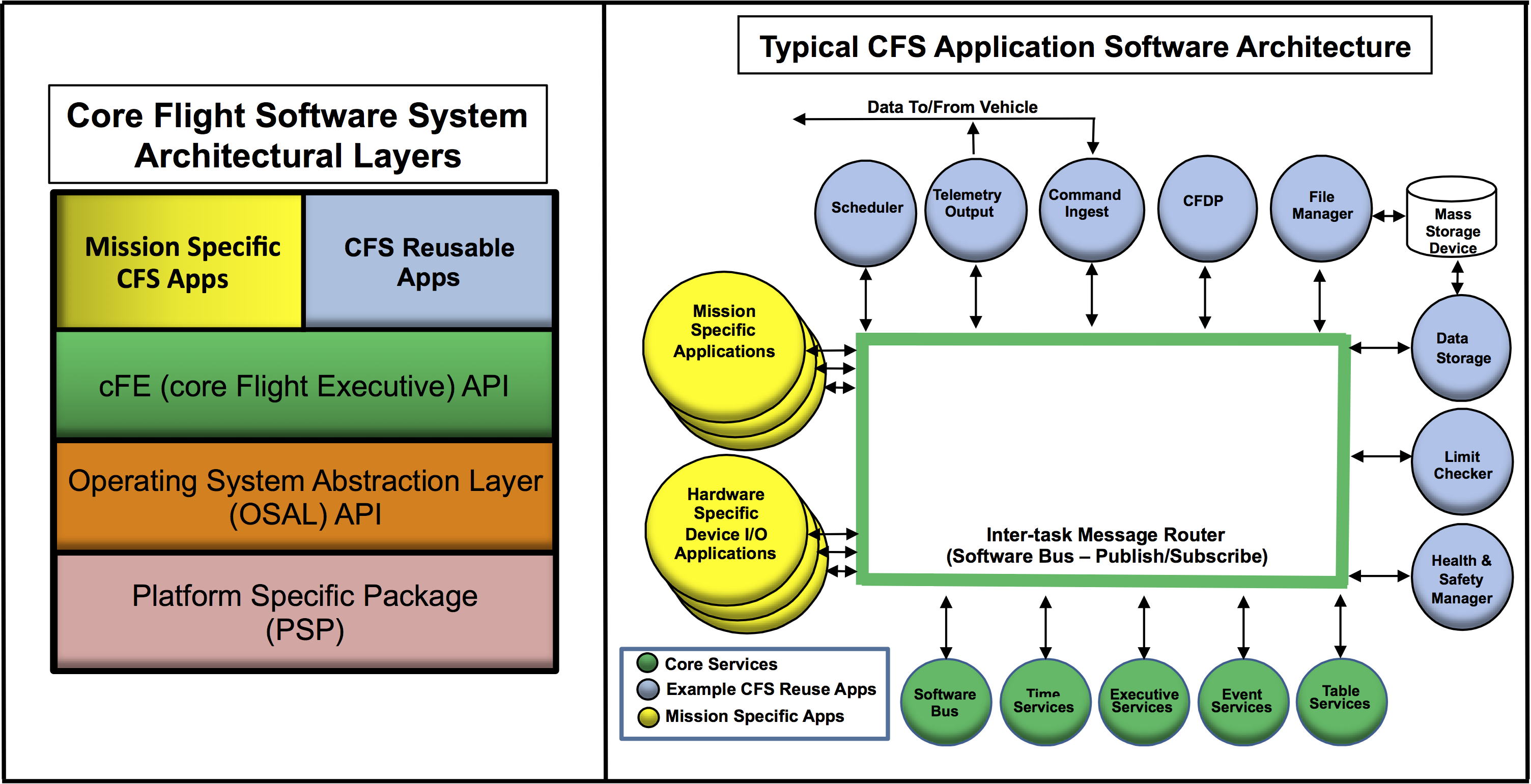 The AES Core Flight Software (CFS) project purpose is to analyze applicability, and evolve and extend the reusability of the CFS system originally developed by Goddard Space Flight Center into the realm of human-rated and next-generation human exploration space systems, thus enabling lower cost and rapid access to space. It will be demonstrated to run on the Avionics Architecture for Exploration testbed. The results from thie project are being incorporated into the AES Avionics and Software project.

The mission of the CFS project is to provide reusable software in support of human space exploration programs.   The top-level technical approach to individual deliveries in this project is two-phased – first prototype, then productize.  The nominal plan is for every product to have some informal prototyping prior to delivery to evaluate whether the CFS architecture layers properly over different topologies or a different application.  Once deemed viable, and a working prototype is demonstrated, a CFS release can be moved into production.  Several of these phases will likely be performed in parallel for different products.  Prototypes will be performed on the target platform, topology, or environment in which it will be used. Once demonstrated, the prototype will become productized. The productization approach will vary based upon intended use and criticality of the product being produced, and follow NPR 7150.2A accordingly. An assessment of the product will be performed and an appropriate software classification and safety criticality will be identified.  For products intended for public use, but not necessarily used in safety-critical applications, a less formal process will be required. For human-rated applications, existing Goddard Class B software will be assessed for changes needed to comply with NASA's Class A (human-rated) certification and the changes identified will be implemented. Software products intended for human spaceflight will be developed in accordance with NPR 7150.2B and adhere to CMMI level 3 processes. A software development plan and associated requirements, design, and test documents will be written for each product or suite of products.  The software development plan will identify the elements to be produced for that product, the level of testing for the product, among other things.

October 2012: Project Start
September 2014: Closed out More » Less «
Closeout Summary: To request closeout information for this project, please send an email with the Subject “TechPort Closeout Report Request” to hq-aes@mail.nasa.gov and specify which project closeout report you are requesting.