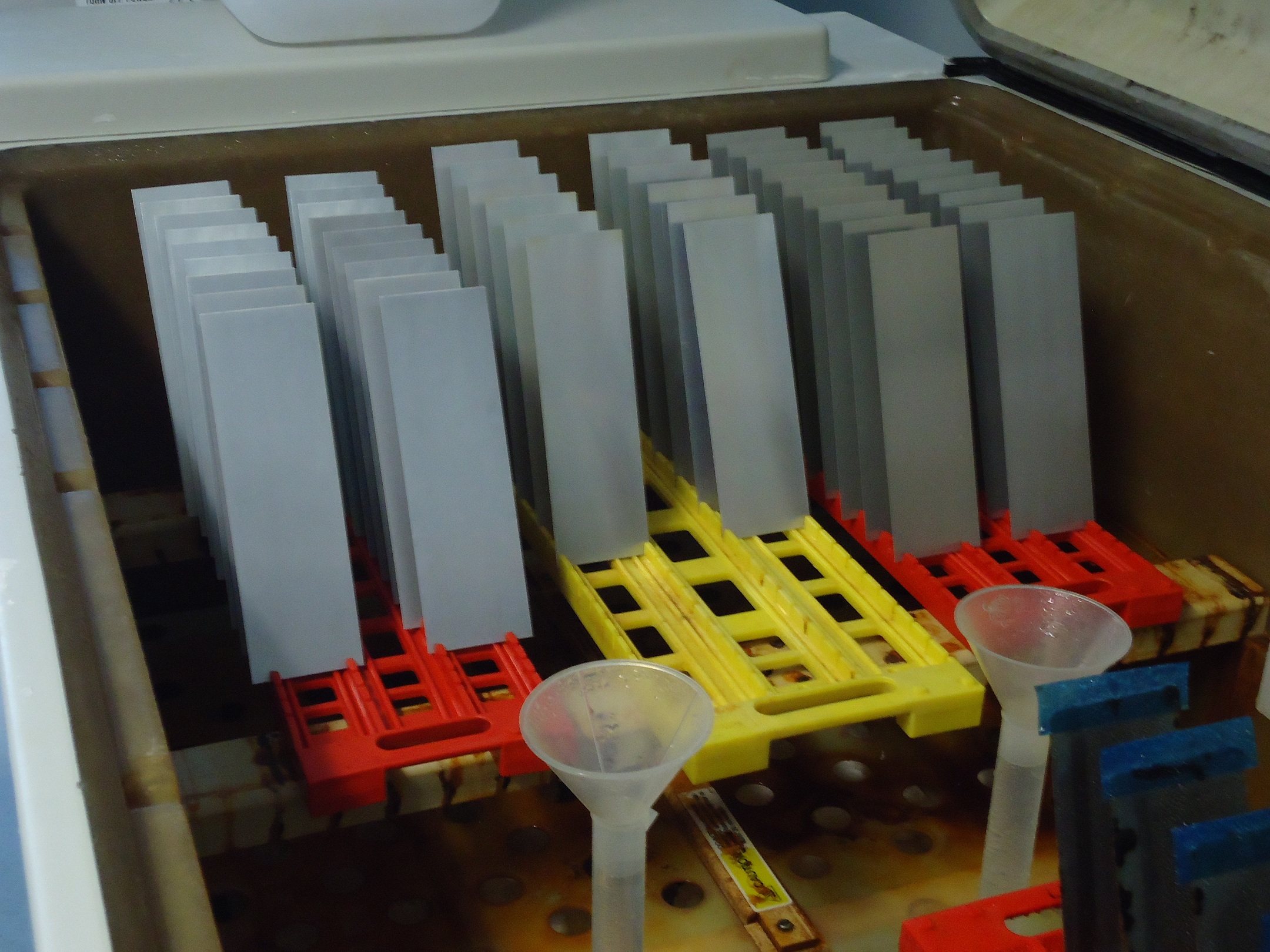 NASA’s earlier cooperative efforts with the Department of Defense (DOD) and industry have shown some promising alternatives for specific applications and substrates, but alternatives that meet future program qualifications within NASA have not yet been realized. Working jointly with the DOD, NASA Centers, industry and the European Space Agency (ESA), this project will continue to focus on screening testing of hexavalent chrome free coatings that have either been approved for use within the DOD or private sector on aerospace equipment or have shown promise in previous testing by one or more of the project stakeholders.

The replacement of hexavalent chrome [Cr (VI)] in the processing of aluminum for high-reliability electronics applications in the aviation and aerospace sector remains a goal of great significance.  Aluminum is the major structural manufacturing material used for avionics type packages both the aircraft (military and commercial) and space flight arena.  The processing and maintenance of this material against degradation and corrosion is of prime importance to the electronics community in preserving our defense and space operations capabilities.  This includes preserving the integrity of the structure and electronics components within, maintaining proper electrical conductivity, and minimizing impact on radio and electromagnetic interference qualities of the electronics package.

Key to the operability and preservation of aluminum substrates for electronic housings and avionics has been the use of chromated coatings, typically conversion coatings on interior spaces and coating systems (conversion coatings, primers) for exteriors and sometimes hard-chrome plating. Hard chrome plating on components is accomplished through an electrochemical process; the electrochemically adhered chrome provides barrier protection to the substrate by forming a dense self-healing oxide layer on the surface.  Though some electronics applications may use hard-chrome plating, it is outside of the scope of this project.  Conversely, with applied coatings, the high corrosion resistance offered by chromated films is attributed to the presence of both hexavalent and trivalent chromium in the coating.  The trivalent chromium is present as an insoluble hydrated oxide, whereas the hexavalent chromium imparts a “self-healing” character to the coating during oxidative (corrosive) attack.  Hexavalent chrome coatings also play a critical role in supporting and enhancing the adhesion of the primer coating to the substrate.

Occupational Safety and Health Administration (OSHA) studies have determined that hexavalent chromium poses significant medical risks to users.  Hexavalent chromium is considered a potential lung carcinogen.  Studies of workers in the chromate production, plating, and pigment industries consistently show increased rates of lung cancer.  It has also been shown that direct eye contact with chromic acid or chromate dusts can cause permanent eye damage.  Hexavalent chromium can irritate the nose, throat, and lungs and repeated or prolonged exposure can damage the mucous membranes of the nasal passages and result in ulcers.  In severe cases, exposure causes perforation of the septum (the wall separating the nasal passages).  It has also been proven that prolonged skin contact can result in dermatitis and skin ulcers. Some workers develop an allergic sensitization to chromium and kidney damage has been linked to high levels of dermal exposures.

1.   Helps NASA and DoD meet Environmental Protection Agency (EPA) and Occupational Safety and Health Administration (OSHA) requirements regarding the use of hexavalent chrome.

2.   Reduces maintenance costs and government liability associated with the continued use of hexavalent chrome-containing coatings.

3.   Addresses NASA and DoD requirements for corrosion protection and other attributes on aluminum alloys for avionics/electronics packages.