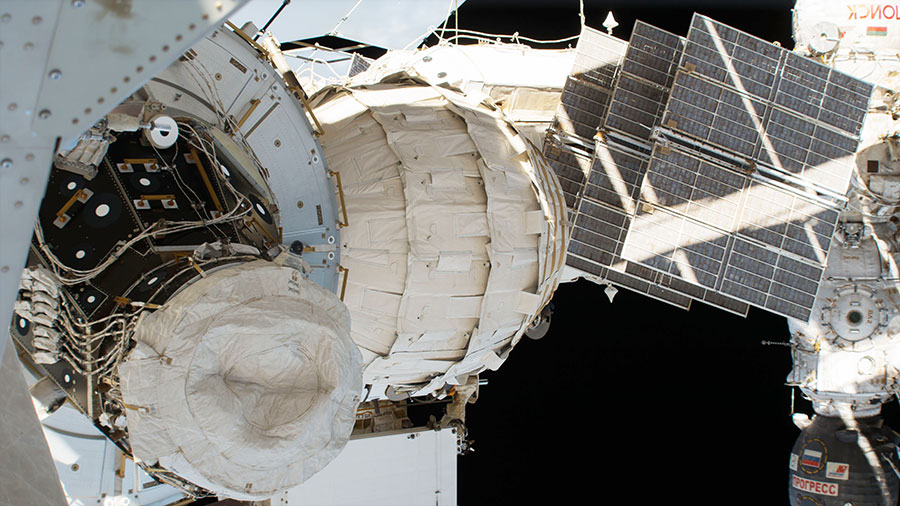 The BEAM project advances expandable habitat technology by conducting a flight demonstration of a commercially-designed expandable system to achieve Technology Readiness Level 9.0. The primary performance requirement is to demonstrate that the BEAM can successfully launch and berth to the ISS, deploy and expand, and maintain long-term pressure without leakage. The leak performance is defined as both short-term, immediately after deployment, and long-term, for the balance of the mission.

BEAM was successfully launched on SpaceX CRS-8 (April 8, 2016), berthed to ISS Node 3 Aft and pressurized on May 28 2016.  BEAM successfully completed leak testing and the first crew ingress was June 6, 2016.  BEAM, originally certified for a two-year life, has been functioning as expected and in November 2018 NASA and Bigelow Aerospace authorized BEAM for utilization as a stowage module and extended the mission life to the end-of-ISS life.

The demonstration consists of the following critical technology objectives:

- Launch of a packed expandable structure in a Commercial Resupply Services (CRS) launch vehicle
- Safe deployment (expansion) on ISS
- Passive air exchange with ISS and an environment inside the BEAM supporting periodic, temporary ingress by the ISS crew
- Measure deployment loads during expansion of the BEAM on ISS
- Determine radiation protection capability of an expandable structure in low-Earth orbit and demonstrate the performance of advanced active radiation sensors on ISS
- Long-term structural performance of expandable shell after exposure to atomic oxygen, vacuum, radiation, and thermal cycling
- Demonstrate performance of structural health monitoring systems
- Measure long-term leak performance of expandable bladder and bladder joints after launch and deployment cycle
- Develop structural and mechanical system requirements for a human-rated expandable module in an external orbital environment and successfully verify those requirements.
- Develop crew restraints and mobility aids for Intravehicular Activity (IVA) inside an expandable module.
- Develop and implement "housekeeping" procedures for internal surfaces of an expandable module.

-Demonstrate utilization as a stowage module.

For more information, see the following links below:

The BEAM Project was transferred to the ISS Program October 2020.

The NASA-Bigelow partnership enables both partners to learn how to develop, launch, install, and test expandable structures, all at substantial cost savings relative to either party doing these things alone. The BEAM project develops structural and mechanical system requirements for a human-rated expandable module in an external orbital environment and verifies those requirements. After BEAM installation on the ISS, NASA will gain valuable insight into the performance of an expandable module in orbit.

The BEAM Project was transferred to the ISS Program October 2020.

Show
The Moon, Others Inside the Solar System, Mars