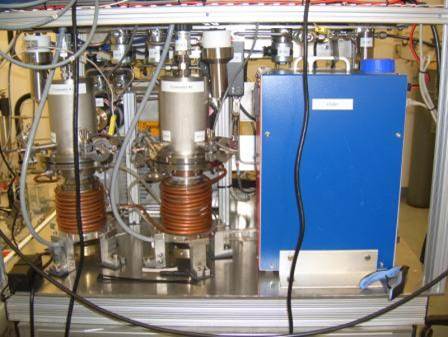 This project was established to build and demonstrate a methane/oxygen propellant production system in a Mars analog environment. Proving a propellant production plant that can process the Martian atmosphere (and soil) will provide engineers with performance and operational control data that can be used for designing next generation and flight systems for future missions.

Martian atmospheric gases are a very important resource for surface missions on the red planet. However, their utilization for the production of hydrocarbons, oxygen, and water into in situ resource utilization (ISRU) systems requires that they be separated from their original mixture. Trace gases must be extracted to provide pure carbon dioxide (CO2) to processing reactors. In addition, other Martian gases, such as nitrogen and argon, occur in concentrations high enough to be useful as buffer gas and should be captured as well. To achieve these goals, highly efficient gas separation processes will be required. These gas separation techniques are also required across various areas within the ISRU project to support various consumable production processes.

“Living off the land” with resources indigenous to a planetary body such as Mars, or ISRU, requires mission-enabling capabilities that will be a necessary part of further exploration of the solar system. It is vital to demonstrate the practicality of these technologies for future Martian missions. Current work, focusing on developing a first-generation Mars ISRU demonstration lander for atmospheric and soil processing operations, is being performed as a multicenter NASA effort. Work on the Mars Atmosphere and Regolith COllector/PrOcessor for Lander Operations (MARCO POLO) project is aimed at using Martian resources to produce methane, oxygen, and hydrogen for use as rocket propellant and fuel cell consumables.

There is potential for an in situ resource utilization (ISRU) payload to fly to Mars on the proposed NASA Ames/SpaceX Red Dragon mission under study for a 2018 Discovery mission and this combined ISRU system test would be the initial step in refining the design and moving towards a flight system demonstrating ISRU and life/biohazard detection.

Similar in situ resource utilization (ISRU) hardware could be used at the lunar poles to convert lunar Carbon monoxide (CO) into storable methane fuel using local water ice as a source of hydrogen and oxygen.

Commercially, the ability to convert carbon dioxide (CO2) into methane has a wide ranging applicability as a green technology by converting CO2 from chemical or power plants, or metabolic CO2 from closed loop systems into methane to be used as fuel or for power.