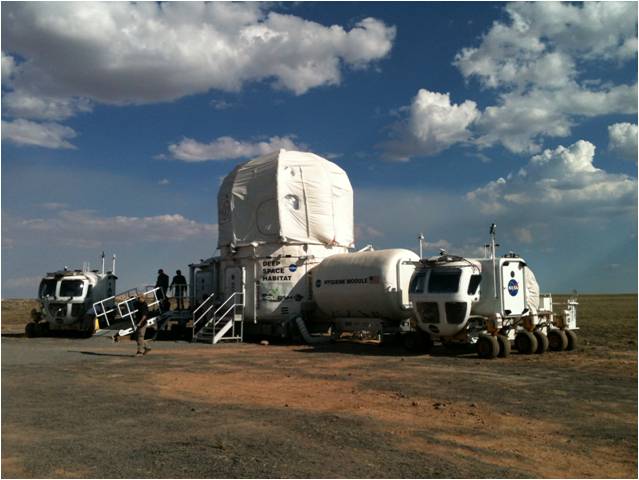 A deep space habitat is a technically greater challenge than ISS in the areas of logistics, radiation, communication, autonomous systems, storage & disposal, and volume utilization. Advancing the state of the art to meet Deep Space Habitat project objectives will make available enhancing technologies for ISS as well. For interplanetary exploration, the Multi-Purpose Crew Vehicle (MPCV) is only the Earth-to-orbit "dinghy". A deep space habitat is part of the architecture for a true deep spacegoing vessel.