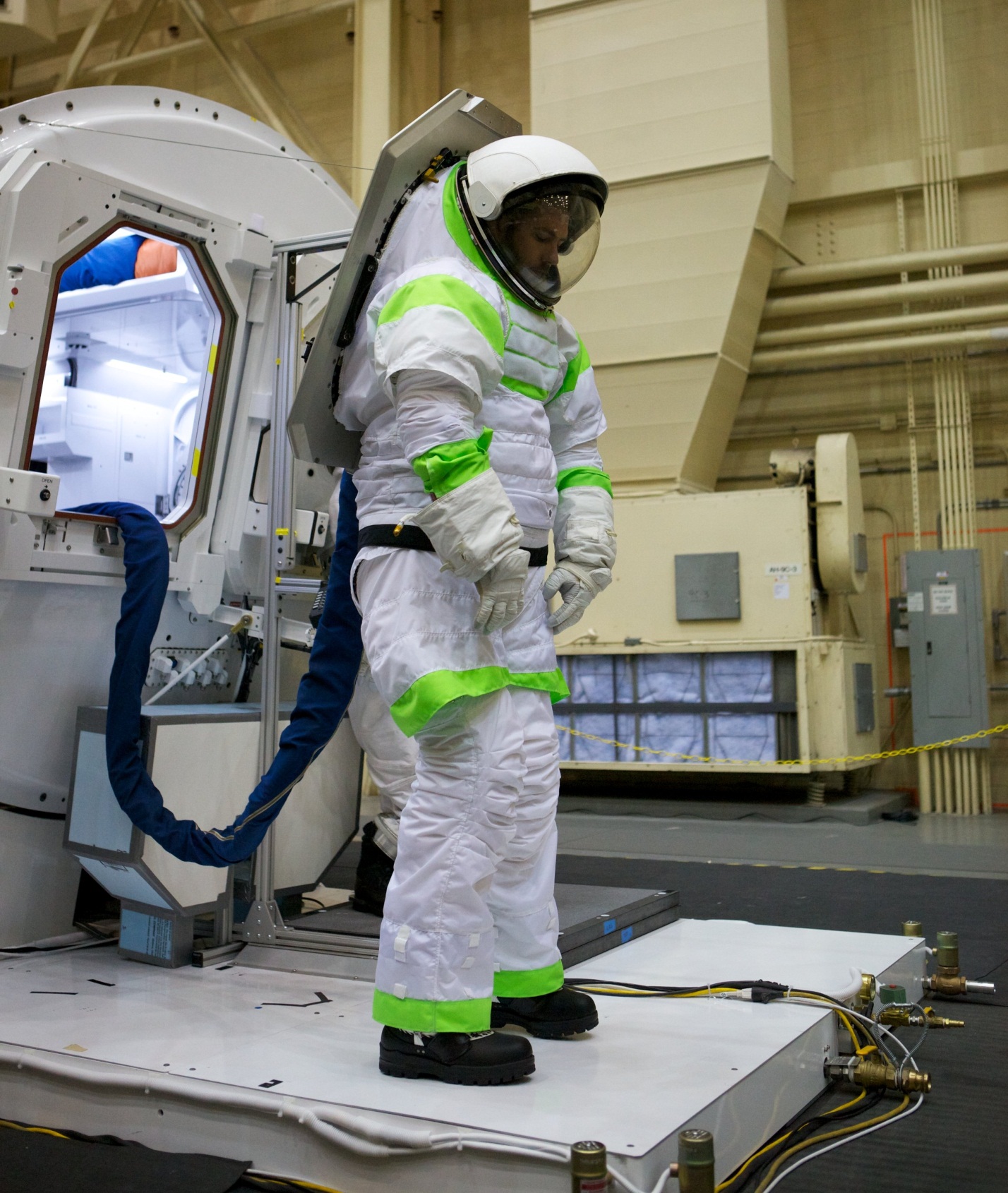 The primary objective of the Advanced Space Suit project is to develop EVA Systems technology to enhance and enable efficient human exploration missions to any destination.  The project is focused on technologies for a new advanced Portable Life Support System (PLSS), Power and Avionics Systems, and Pressure Garment Systems (PGS) to support human exploration to asteroids, the Moon, and planetary bodies such as Mars and its moons.  The challenges of working in these exploration environments exceed those of the current ISS system and will require that all new technologies be more robust, tolerant of dusty environments, work in both vacuum and non-vacuum environments, and support increased crew autonomy.

Project was transferred to the International Space Station Program in the middle of FY16.

The objective of this project is to mature technologies and systems that will enable future Extravehicular Activity (EVA) systems. Advanced EVA systems have applicability to all future human spaceflight missions. Advanced EVA systems have applications to current operations on the International Space Station (ISS), to extended operations on ISS past 2020, future missions to Low Earth Orbit (LEO) such as satellite servicing, missions beyond LEO such as exploration of asteroids, and surface exploration missions to the Moon or Mars. An EVA system would be a significant element of any future human exploration mission and will enable suitport operations in a Deep Space Habitat or Multi-Mission Space Exploration Vehicle (MMSEV). The Human Exploration Framework Team (HEFT) ranked EVA systems as one of the top five needed areas of future development for human space flight. The project's goal is to produce real cost, performance, and reliability data through building and testing high fidelity systems, culminating in a flight demonstration on ISS of an exploration Extravehicular Mobility Unit (EMU). The current plan leading to this flight demonstration consists of subsystem demonstrations of increasing fidelity. These demonstrations would produce hardware and systems that could then be combined into a complete EVA system which would be used in human thermal-vacuum chamber tests and finally in a flight demonstration.

Project was transferred to the International Space Station Program in the middle of FY16.

The Advanced Space Suit Project successfully matured technologies and system designs for an exploration space suit.   Component-level technologies for life support, avionics, and pressure garments were designed, prototyped, and tested to advance the technology readiness level prior to integrating them into functional systems.  The pressure garment technology development culminated in the design and manufacture of the Z-2 prototype suit.  The Z-2 is the highest fidelity planetary prototype suit since Apollo.  It was tested in the Neutral Buoyancy Laboratory to demonstrate the ability of a highly mobile, rear-entry suit to perform microgravity EVA and in laboratory settings to demonstrate the advances in mobility that will be required to successfully perform EVA’s on planetary surfaces.  The portable life support system and power, avionics, and software technology development culminated in the design and manufacture of the PLSS 2.0 prototype which was extensively tested in laboratory and vacuum conditions.  The PLSS 2.0 was also tested in a Human-in-the-Loop evaluation to assess its performance with a real human metabolic load.  In addition to the advances in EVA hardware, there was extensive development of system requirements and hardware specifications which together with the hardware advances, establish the basis for all future NASA EVA development.