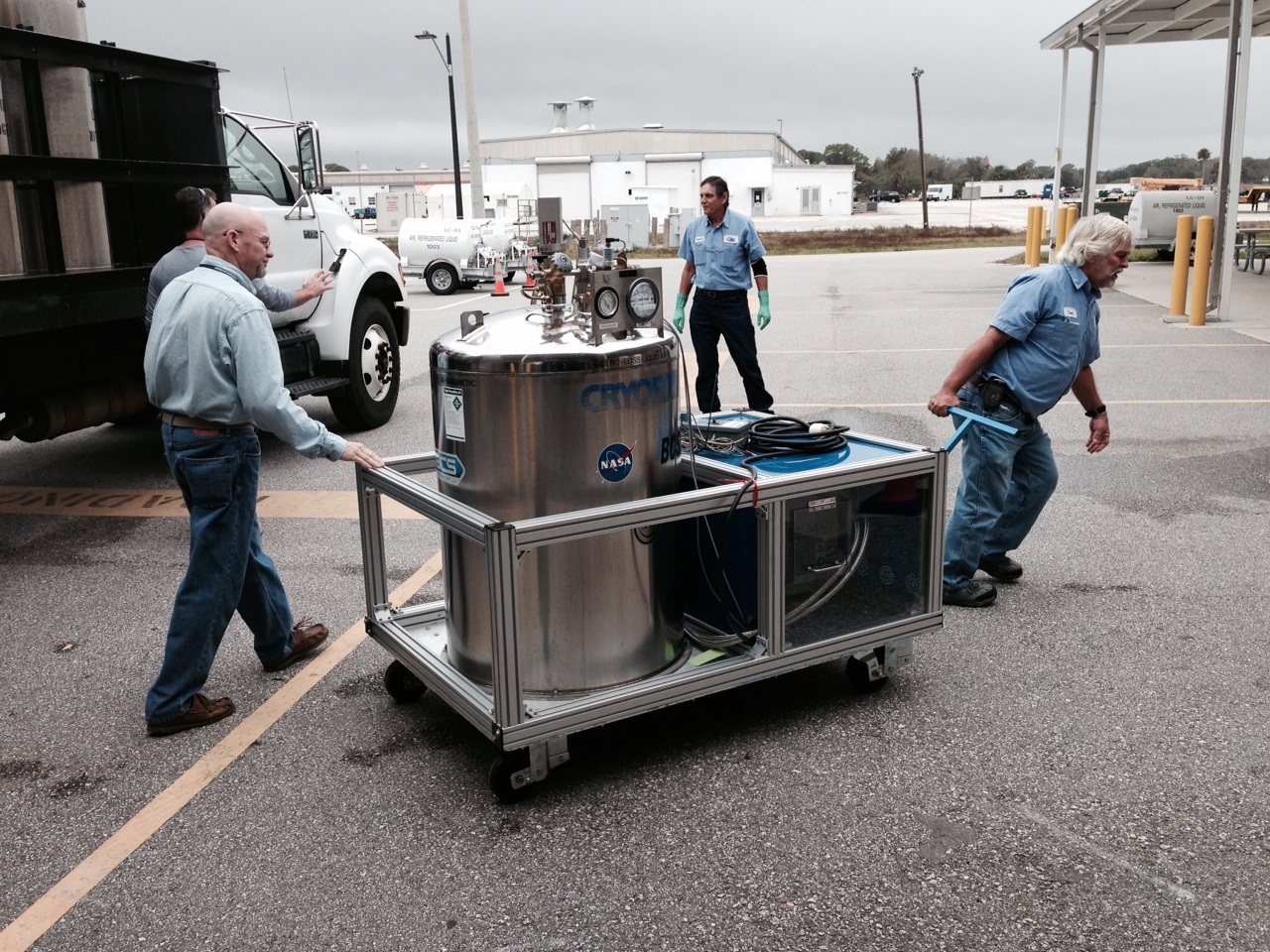 The Kennedy Space Center (KSC) Biomedical Engineering and Research Laboratory is working with the NASA Life Support group and BCS Life Support to investigate the potential of using a commercial cryocooler to maintain liquid air indefinitely. KSC has used liquid air in its cryogenic breathing systems for many years. The air is stored in a dewar and then used over time. However, as it slowly warms up, the nitrogen boils off preferentially to the oxygen, and the mixture tends to become oxygen-rich over time. When the oxygen concentration rises above 28%, the liquid air must be dumped. To avoid this waste of large quantities of liquid air, we would like to prevent the air from boiling off by using a cryocooler to essentially refrigerate it. This will maintain both the quantity and the mixture ratio of the liquid air indefinitely. Implementing this technology at KSC can save thousands of dollars in wasted commodities.

The goal for this project included developing the capability to store liquid air for long periods of time without commodity boiloff and oxygen enrichment using cryocoolers and condense the vapor in the dewar as it heat leaks in over time. Seeing the commercial potential of this project, two companies donated a modified 300 L dewar and a cryocooler. Phase I testing demonstrated that the concept works. Phase II was a long-term test during which the mixture ratio was maintained within the sampling error for over 120 days, demonstrating the viability of long-term storage. The goal in Phase III was to determe if the dewar fill level affects the cryocooler energy requirements.

Testing successfully demonstrated the ability to store liquid air over long periods (6+ months) without boiloff or oxygen enrichment. The laboratory test prototype is currently in use at an operational facility and is doing very well.  Full operational implementation of this technology at KSC is currently being considered. Implementation is expected to lead to significant operational cost savings over current operational methods.

This technology will improve storage efficiency to NASA systems that use cryogenic commodities, resulting in significant cost savings over current operational methods.

If successful, this technology can benefit any agency that stores cryogenic commodities.