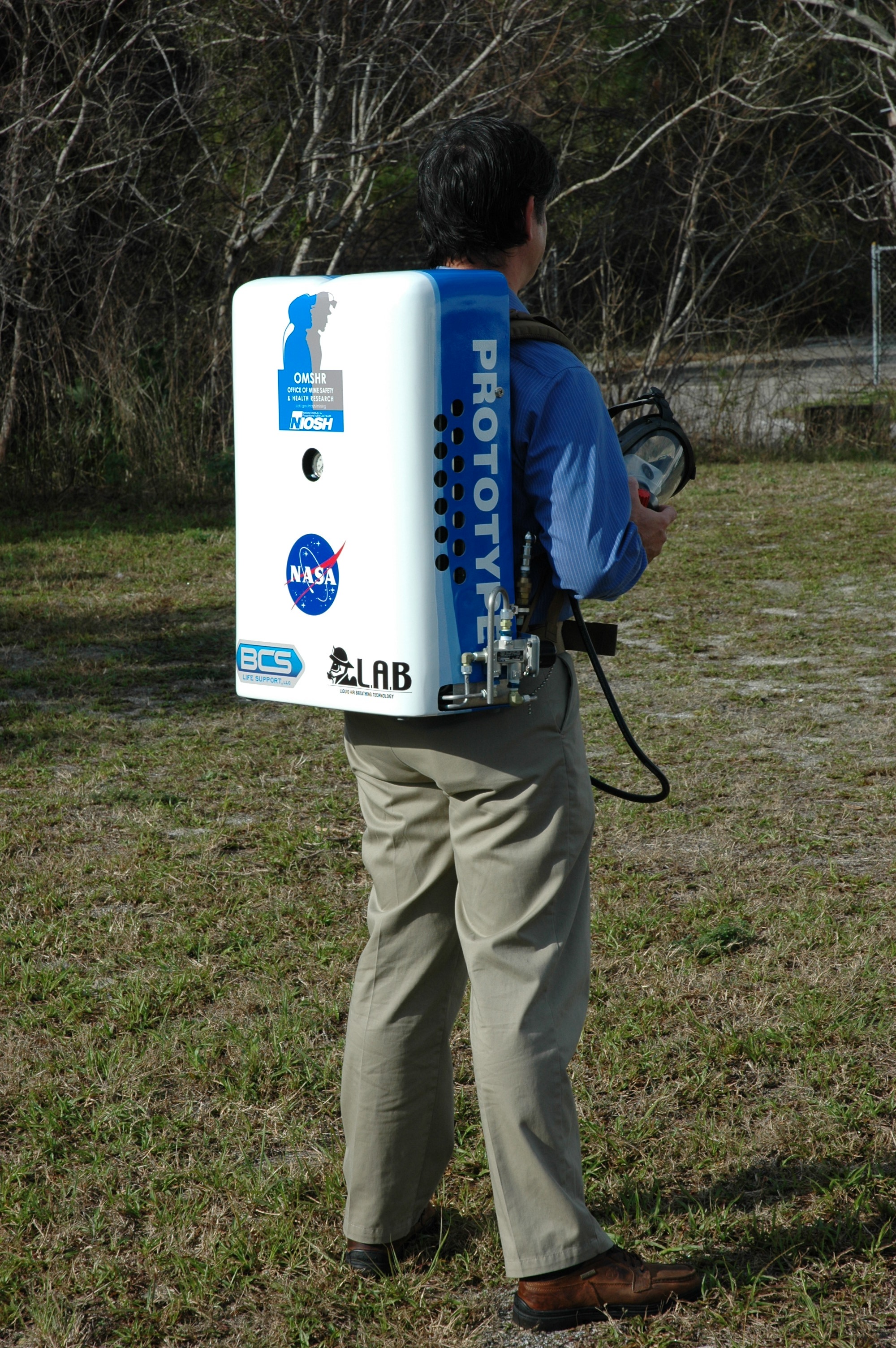 Cryogenic life support technology, used by NASA to protect crews working around hazardous gases soon could be called on for a number of life-saving applications as well as the agency's new human spaceflight endeavors. This technology under development in Kennedy Space Center's Biomedical Laboratory has the potential to store more than twice the amount of breathable air than traditional compressed gas systems. The National Institute for Occupational Safety and Health (NIOSH) is contributing to the funding for this project in the hopes that the liquid air-based systems could change the way workers dependent on life support technologies accomplish their mission, improving their safety and efficiency.

Sub-projects Include: advanced liquid air self contained breathing apparatus (SCBA) packs, liquid air storage and fill stations, liquid oxygen rebreather technologies, liquid air based refuge chamber technologies, liquid air SCBAs with liquid cooling garments, and liquid oxygen storage in “cryo-capacitors”. The overall partnership between NIOSH and NASA started in 2012 and is presently ongoing.  Some of the projects are on their way to commercialization.  Specific objectives are to conduct a feasibility studies for cryogenic air and oxygen applications, to fabricate, test, and document operational prototype supply systems. The Cryogenic Refuge Alternative Storage System is presently in its third generation and scheduled for extensive testing in NIOSH’s own test mine where it is hoped that it will be certified for sale as a commercial product.

Benefits to NASA include improved ground operations safety and reduced cost of operation due to indefinite storage technology.  This technology is the next generation crew rescue packs; next generation of crew rescue packs for use in escape, rescue, and shelter during an emergency.  However, if this technology is successfully commercialized, every sector that is dependent on life support equipment could potentially benefit by devices that improve safety, and improve efficiency.  For example, by cooling firefighters and providing them with more breathable air, one firefighter can now double the time they can stay in a hot environment.