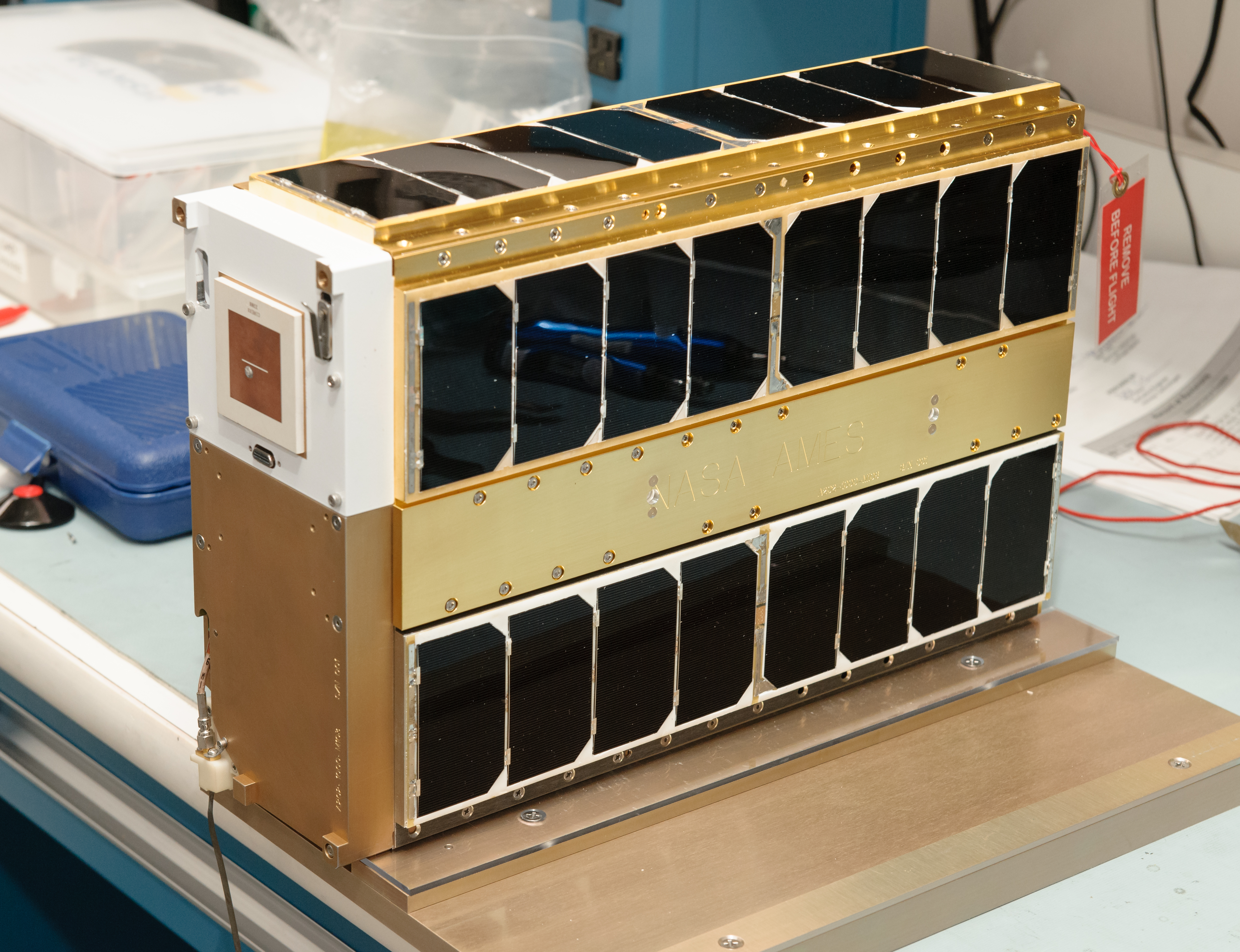 The E. coli AntiMicrobial Satellite (EcAMSat) mission investigated space microgravity effects on the antibiotic resistance of E. coli, a bacterial pathogen responsible for urinary tract infection in humans and animals. The investigation focused on spaceflight effects on bacterial antibiotic resistance and its genetic basis. The fundamental scenario of the experiment protocol started four days after launch of the EcAMSat satellite by allowing an initial growth and then starvation period for E. coli bacteria contained in 48 microfluidic wells. Both wild type (occurring in nature) and mutant strains of E. coli were used. This cycle lasted 48 hours and served to prepare the bacteria for introduction of the antibiotic agent at a time most suitable for meaningful comparisons of antibiotic dose dependence with laboratory data. After the 48-hour growth period, a buffer solution- plus-antibiotic mixture was dispensed into 3 sets of 12-well banks at three different antibiotic concentrations and is left to incubate for 48 hours. A fourth 12-well set was a control and received no antibiotic agent, only buffer solution. After 48 hours a fluid exchange occured and alamarBlue®, a dye used to determine viability of the bacteria by measuring its metabolism, was then introduced to all wells and viability was tracked for at least 48 hours. An optical system tracks viability by color change of the ‘viability dye’, which changes from blue to pink when enzymes generated by cellular metabolic processes act upon it. EcAMSat acquired data from optical measurements in real-time. It is capable of autonomous operation and stores 152 hours of data.

The experiment sought to determine the lowest concentration of antibiotic that inhibits bacterial growth. The knowledge gained from this experiment may be useful for determining the correct dose of antibiotics to prescribe for future space travelers.  Antibiotic resistance in bacteria is becoming an extremely serious problem on Earth.  Research outcomes from this study may help to identify some of the underlying mechanisms that make E. coli more resistant to antibiotics, revealing new strategies for overcoming antibiotic resistant species of bacteria that are increasingly difficult to treat on Earth.

The biological results of the EcAMSat mission have unequivocally confirmed the underlying hypothesis of the project; that bacterial resistance to antibiotics in E. coli, both here on Earth and in space, can be traced to the rpoS gene. The rpoS gene encodes a factor called Sigma S, which initiates transcription in bacteria.  These results have allowed the investigators to identify multiple means of targeting the susceptible aspects of microbial antibiotic defenses to develop potential compounds that can be used to prevent the development of antibiotic resistance in E. coli.